Philippines: NGOs seize chance to lead the work to save lives – again 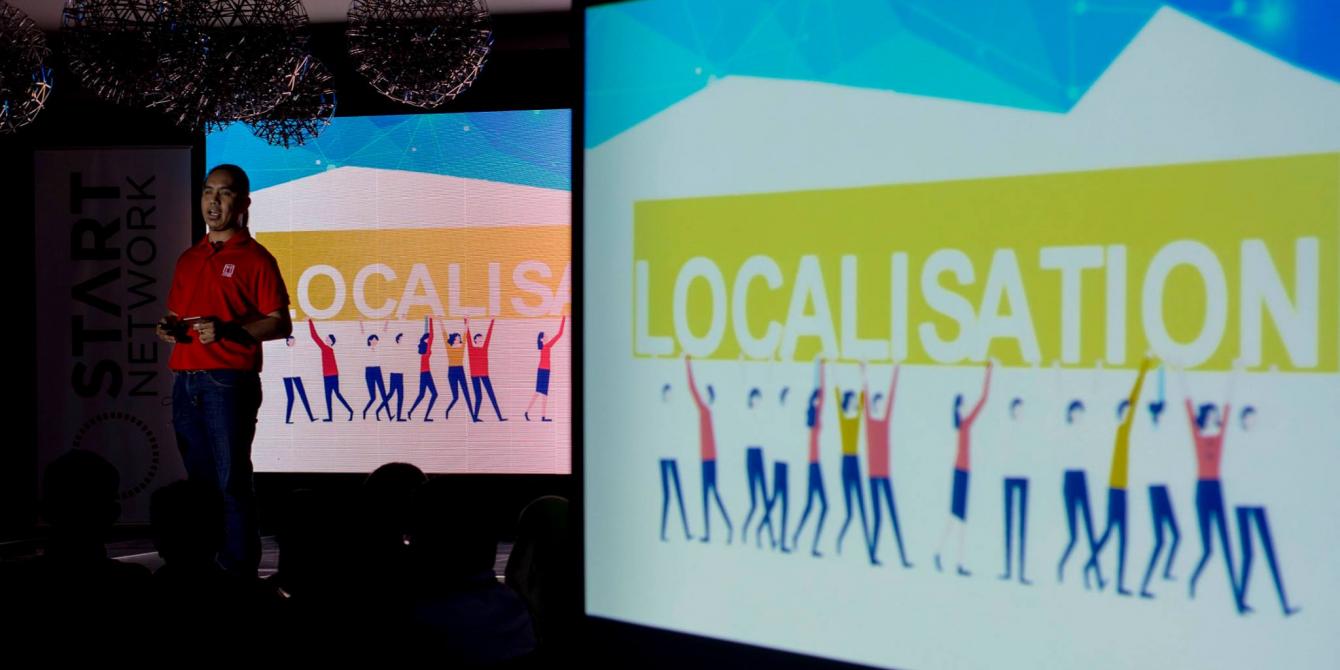 Employees of the Philippines’ Department of Social Welfare and Development (DSWD) sometimes fan out into the streets of Manila, in the wee hours of the morning, to come up to and wake up, not without trepidation, homeless people sleeping on pavements or by the side of the road. The purpose of this sleuthing is to interview and then record them in the department’s database, so they can become beneficiaries of its services. Through this simple act, they are counted in and, in a way, restored as bona fide members of society.

This story about going to lengths to involve marginalized people, or what is known in NGO circles as inclusion, was one of the recurring themes during the first day of the Connect Collaborate Innovate event in Manila. This day was a showcase of success stories and lessons from the Financial Enablers Project (FEP), which aims to develop the ability of NGOs to prepare for and respond to disaster, raise funding on their own, and work together as a consortia, or as networked groups, knowing there is strength in numbers. FEP is one in a suite of six projects funded by Start Network in the Philippines, a country that ranks second most disaster-prone in the world.

FEP is a result of the drive of the global humanitarian system to localise humanitarian response, or putting local NGOs in charge instead of international NGOs. This is nothing short of a breakthrough in the long unequal relationship between international and local NGOs.

Local NGOs used to lead disaster preparedness and response in the Philippines, according to veteran humanitarian leader Bong Masagca. But international NGOs, at some point, took over and have since dominated the field of bringing relief to people struck by disasters.

At this event, which gathered 56 NGOs to reflect on FEP as it comes to a close, local NGOs could not repeat often enough that they were ready to be at the helm again. They called this “Balik-Lokal” or handing over the reins of humanitarian response back to local NGOs.

Sharing the first success story out of the FEP, Kelvin Vistan and his group performed a skit to present how localisation worked concretely for People-Based Humanitarian Action Consortium (PBHAC). FEP gave flexible grant funding to PBHAC member Humanitarian Response Consortium (HRC), which enabled them, in turn, to put up their Quick Response Fund and preposition emergency items, deploy rapid assessments, and provide equipment to communities.

FEP also improved the coordination between consortia partners for their response to the armed conflict that displaced thousands of residents in Marawi, Mindanao (Southern Philippines) in 2017. This resulted in complementary instead of competing responses to affected communities.

Using the metaphor of traveling for his consortium’s presentation, Vistan’s group showed how collaboration– journeying together instead of alone– made the work easier, and more effective. This, according to Vistan, increased the confidence of local NGOs in their ability to lead humanitarian responses. 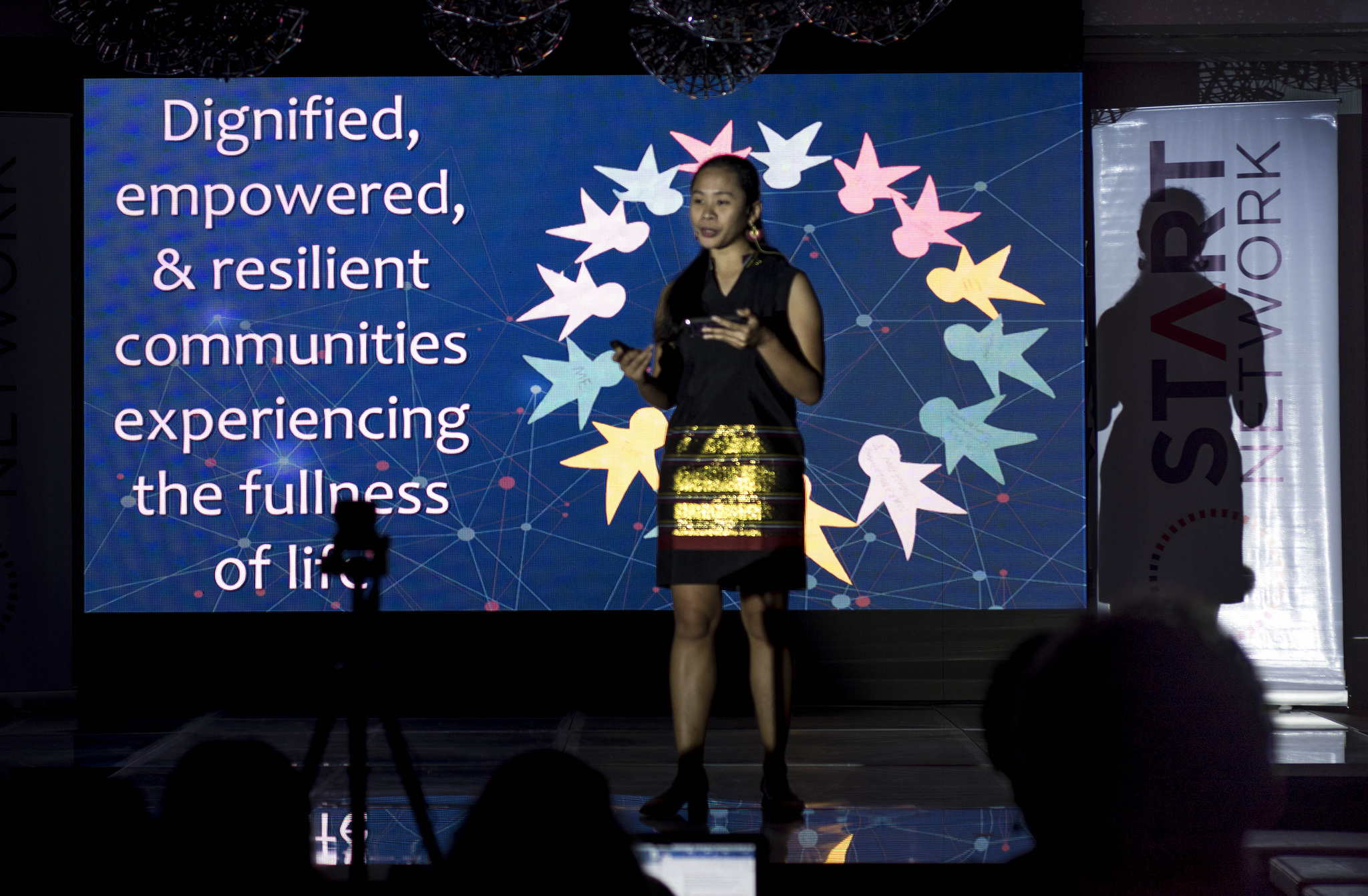 The second success story, narrated by Tala Bautista, was about inclusion or involving the elderly, women and children, indigenous peoples, internally displaced persons (IDP), and the “ultra poor” in humanitarian responses – segments of the population who are affected by disaster differently. Bautista likened the process of inclusion to traditional weaving: marginalized groups represent threads without which the tapestry of humanitarian response would not be complete.

Bautista described how FEP enabled her consortium to reach an indigenous people affected by a typhoon in the province of Palawan. The country’s indigenous peoples live in far-flung areas, difficult to reach and therefore often inadvertently forgotten by aid.

She shared how the Capacity Building for Humanitarian Initiatives in Capiz (CHIC) consortium helped a group of women in the village of President Roxas, in Capiz. CHIC trained the mostly women members of the Blessed Hope Cooperative on coffee production, who then pooled their own money to reforest hills with coffee plants, a livelihood project to help them recover from the destruction wrought by super typhoon Yolanda (Haiyan). Other than paying for their airfare, CHC did not give any funds to the cooperative, which started with a seed capital of 2,000 pesos (40 USD). This is proof that survivors of disasters can be agents of their own recovery, and that the creativity of communities is a spring that never runs dry.

Undersecretary Hope Hervilla of DSWD reinforced this insight during the event. “We look at people as victims in times of disasters. But they must be the first responders. They are not victims. They are not passive recipients. Even when there is no government or when it is delayed, people are (still helping) and protecting themselves. People are making their stories, not government, donors or agencies.”

The third success story, using the popular Filipino children’s stories character Lola (grandmother) Basyang—played to the hilt by Eena Geslaine Barrun of the Center for Disaster Preparedness (CPD)—as a story-telling device, dramatized the experience of consortium members in collaborating with each other.

The riveting presentation, with a side-splitting Mayfourth Luneta of CPD in the lead role, touched on the benefits of collaboration: focusing on individual strengths rather than on weaknesses helped each member organization grow; collaborating resulted in efficiency, effectiveness, economy, and equity; and working together gave the consortium higher credibility and therefore influence with the government more difficult to achieve individually.

“May a hundred consortiums bloom,” said another participant, paraphrasing the famous quote, affirming the effectiveness of the consortia model.

FEP, like any other ambitious project, had weak spots. FEP manager Jane Bañez-Ockelford shared the results of an external evaluation of the project, which found that FEP should have been promoted more, that FEP had not tapped existing networks, that the project shelf-life was much too short, and so on. 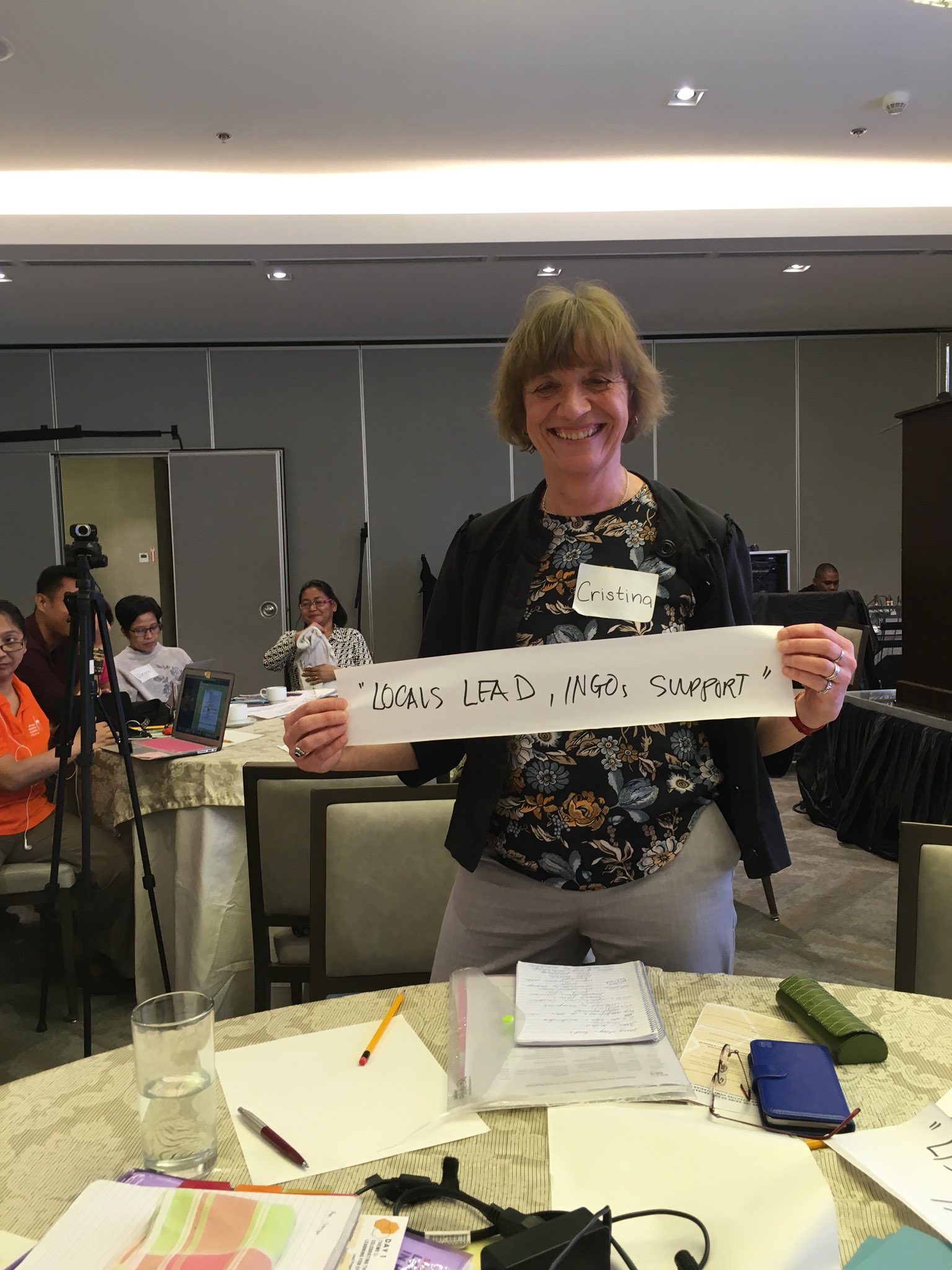 Oxfam’s Christina Schmalenbach, who is part of a team that had dreamed up FEP, however, could not be happier to know that despite the shortcomings of FEP, it has on the whole worked. “We are looking back on an extraordinary success. And we (INGOs) had nothing to do with why it worked. [Local NGOs have] proven that INGOs don’t always have to be in charge for good things to happen, or for good outcomes to emerge. This is the most valuable outcome of this project.”

The author Maxine Hong Kingston once wrote that “In times of destruction, create something. A poem. A parade. A community. A vow…” The consortia belonging to the Financial Enablers Project are a part of bigger, and vibrant, humanitarian community born of an enduring love for poor and vulnerable people biding their time to step out of the embrace of disaster.*

Article Written for Maya Maboloc for Financial Enablers Project. All photos are from Christian Aid Philippines.

What transpired during the conference in New Delhi? An Oxfam partner blogs about the role that civil society organisations must play in discussions. 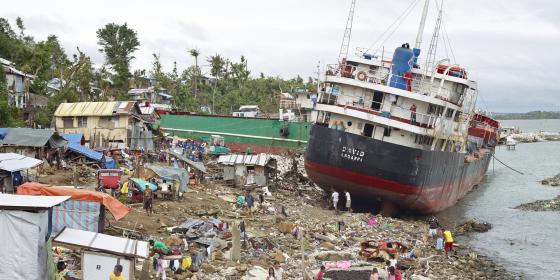 Climate change impacts such as those that come in the form of stronger and more frequent typhoons are increasing natural hazards in many areas of the Philippines already highly prone to multiple disasters because of their location on both the typhoon path and earthquake and volcanic belt. Given the... 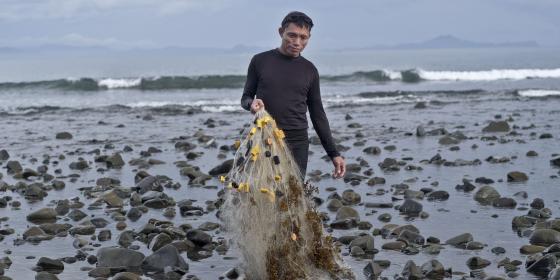 The board of the People’s Survival Fund (PSF), a special annual fund in the National Treasury intended to finance local climate change adaptation initiatives, gives the green light for two projects in Mindanao...