Nashreema and her firstborn Jomal while waiting outside the daycare center which serves as their home in Nangka, Balo-i, Lanao del Norte (Photo: Genevive Estacaan/Oxfam)

Nashreema's wish: "I hope I can go back home to Marawi."

Nashreema, 18, is a young mother to a seven-month old boy called Jomal. Before the conflict, Nashreema owned a small shop where she sold vegetables, fish and snacks, while her husband drives a tricycle around their small town inside Marawi City. When the war broke out, Nashreema fled empty-handed. “A kind neighbour with a vehicle told us that we should leave to save our lives. He was concerned for me because I had a baby. If we did not take his offer, it would have been difficult to escape the city, and we would have had to hike through the mountains.” 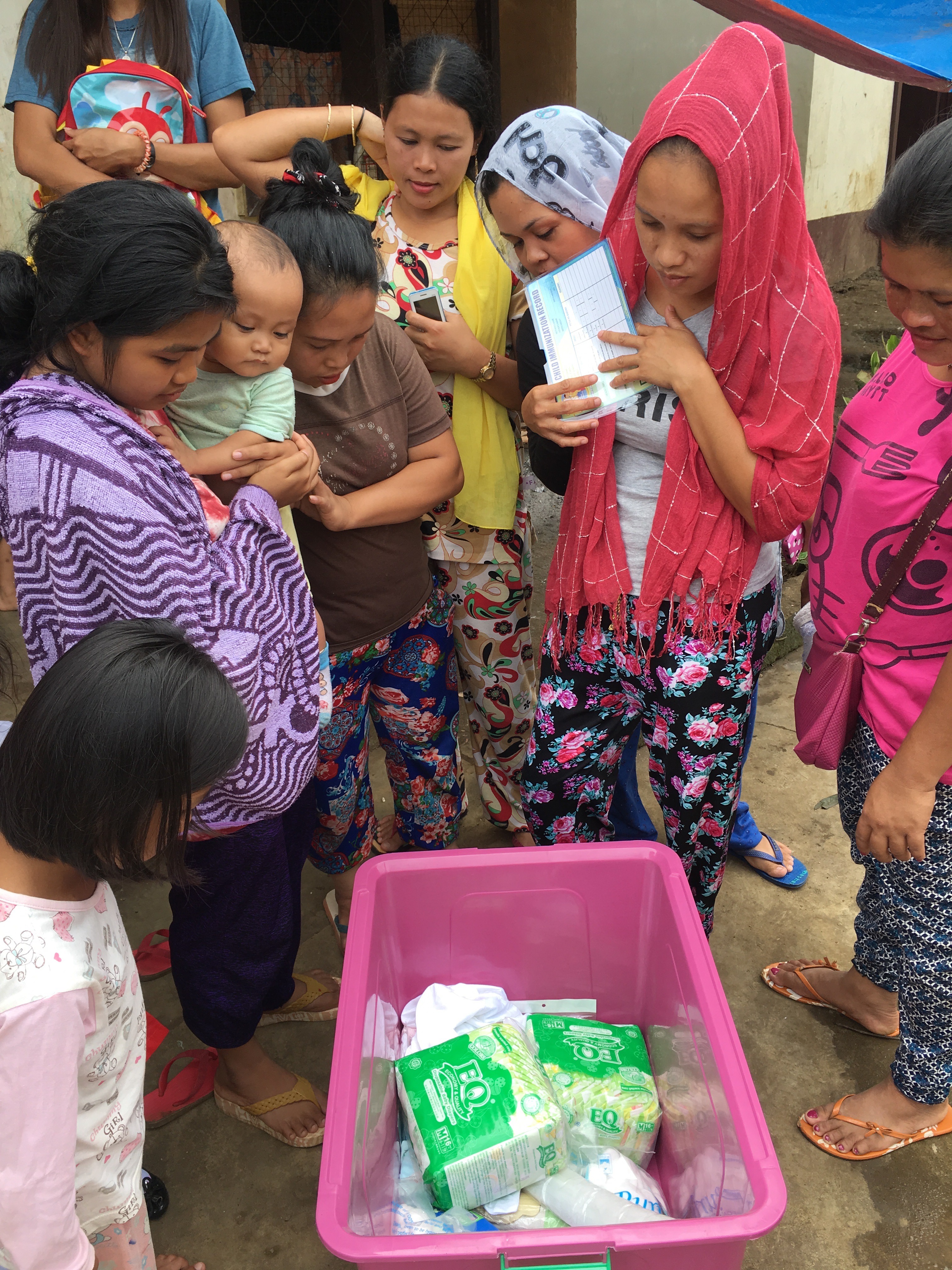 Now, Nashreema and her family are camping at a corner of a Day Care Center, sharing the room with three other families a total of 20 other people. School began in early July, and so the evacuees have to stay outside the room when classes are being held during the day. “It is difficult to live here, we’re like sardines inside. Our water supply is limited. They told us that we cannot drink from the tap, but we have no choice. We do not have money to buy purified water from the store.”

When Nashreema heard that she will receive a newborn kit, she was excited. “My baby needs diapers and clothes. There is also cotton so I do not need to buy from the store.”

The newborn kits distributed by the Humanitarian Response Consortium (HRC) contain basic supplies for new mothers and babies including feminine wash, baby blankets, baby clothes, napkins, rubbing alcohol and underwear among others. It also includes a child immunization card provided by the Department of Health (DOH), that serves as a guide for mothers to know the necessary vaccines for their babies, which are offered for free at the local health centers.

However, Nashreema hopes that she can return to Marawi soon. “I am now four months pregnant, and I hope to give birth to my second child at home. My hope is that there will be financial help for me, so I could recover my sari-sari store.”

There are an estimated 11,500 pregnant women and new mothers who fled from Marawi City and nearby municipalities during this ongoing conflict. Food is scarce, and evacuees are forced to cope with cramped living conditions inside evacuation centers or within houses of poorer host-communities. There is limited access to basic services and food security is a chronic issue.

More than three-months into the crisis there seems to be no end in sight to the hostilities and even less clarity of when IDP's can return or what they are returning too. Nashreema is just one of the 360,000 people displaced across seven regions in Mindanao Island, southern Philippines and it seems that at this stage there is the possibility that her second child may be born in a crowded evacuation center adding more burden to a young mother trying to do her best with two children under the age of two.