Women as the torch bearers of peace 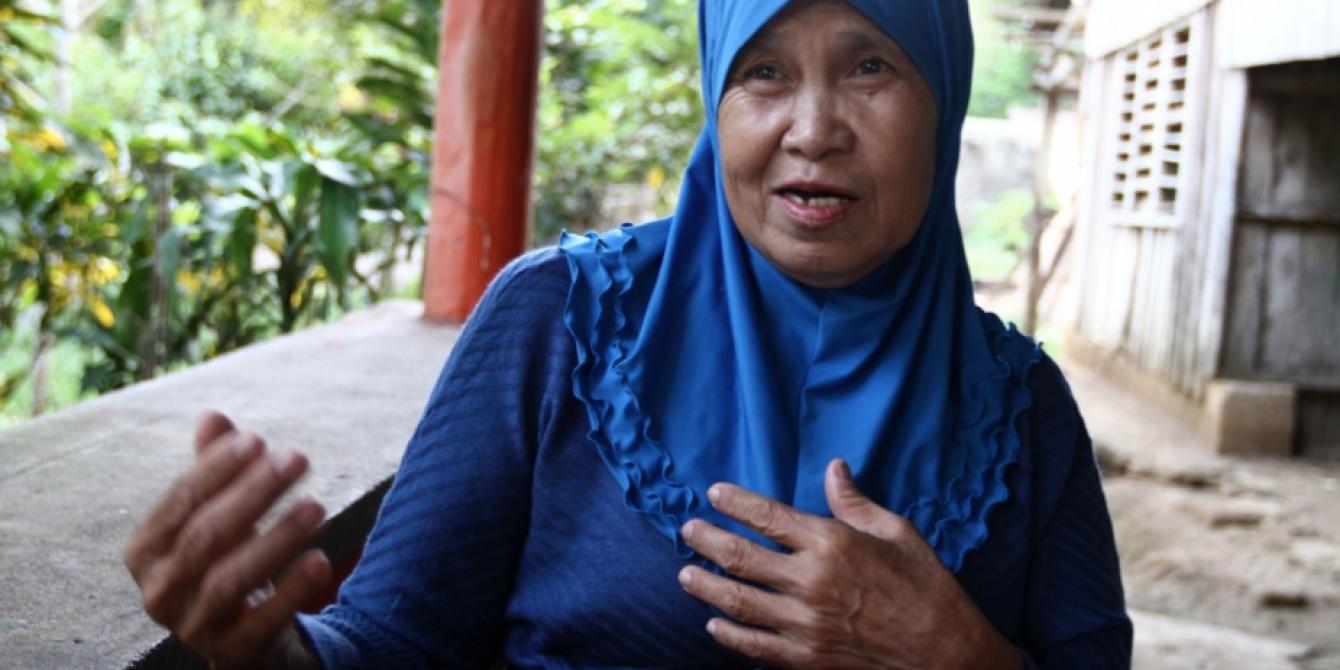 “In times of conflict, we, the women suffer most. Thus, we know how much peace means to us. There is a big chance that peace would be achieved, there is also a big hope that we would never evacuate again.”
Amina Pualas
Bangsa Bae Mindanaw

“The women should be the torch bearers of peace.”

This was how Amina Pualas described the role of women in the community, particularly in the former conflict- affected areas.

Amina, a retired government employee, recalled that in times of war, the women and children suffered most.

“Women play a vital role in recovering from the impacts of war,” the 63-year old mother pointed out referring to the rebuilding of their lives after every conflict.

Amina serves as one of the officers of the women-led group known as Bala sa Engued Movement for Peace and Development.

She also used to be the president of the Sindaw Kalilintad, a women grassroots peace advocacy organization.

Just like herself, she was not active in any community activities. “In the past, I was content that I finished my studies and I had a job. Before, I thought the leadership in the community affairs was exclusive to men.”

But some readings on Islam, she said, stated that men and women are partners in life.

Among her efforts, Amina added, was she joined different groups in providing aid to the displaced villagers in times of conflict. In times of war, she said, the women are the breadwinners of the family.

“Because their husbands are either fighting or hiding from the soldiers. The women were also the ones transporting the wounded (mujahedeen) despite risks of the situation,” Amina explained.

These situations only prove how the women are deeply committed to their roles as mothers in the community.

This has inspired her to broaden her involvement in any of the activities in the community.

Among their key participation in the community is the “rido” or clan war settlement.

“We are now participating in peace awareness activities and conflict management. Our group serves a venue for us to discuss to be able to address the issues in the community,” Amina said adding that women today are more active in the community affairs, than in the past.

With the current administration of President Rodrigo Duterte, she is hopeful that peace in Mindanao is possible. But for peace to be attained, she said the women should actively participate in all the efforts.

Amina believes that the role of women is very vital, saying that the women can attest to the sufferings of the community in times of conflict.

“In times of conflict, we, the women suffer most. Thus, we know how much peace means to us. There is a big chance that peace would be achieved, there is also a big hope that we would never evacuate again.”