When the storm spells change and freedom 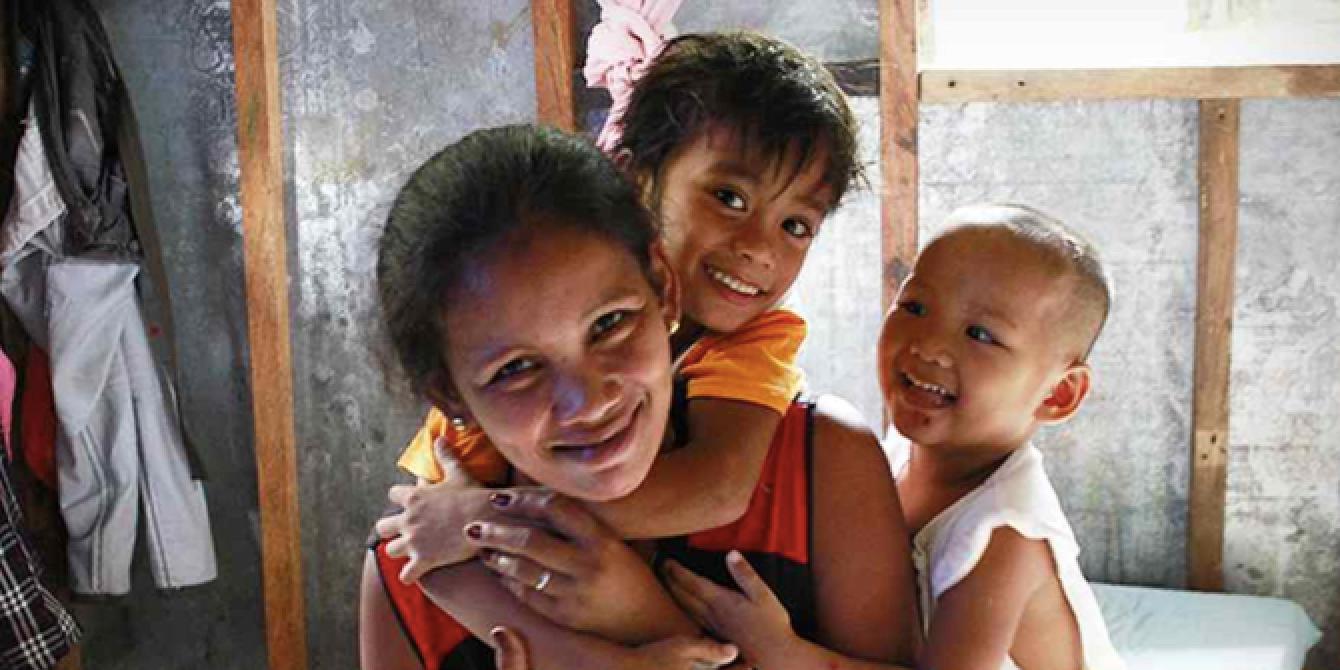 It was such a daunting move to walk out, scarred and bruised more from the inside than the outside. It really takes a lot of courage.
Wilma Bardaje

“I feel like my life is just starting now and I feel so free.”

Super Typhoon Haiyan or Yolanda as it was locally called was such a tragedy with its massive scale of destruction, displacement and even death. But for some, it was an opportunity to rise up to the challenge that freedom facilitates. However difficult dealing with Haiyan’s aftermath may be, for Wilma Bardaje, it was liberating.

Wilma got married at 18 to a man more than 10 years her senior and eventually gave birth to five children. Her hands have always been full with a big and young brood to take care of. Motherhood placed some more pressure for her: she had to scramble for income to feed her children. This was almost impossible for a young wife whose more mature and able husband could not find work himself.

As a result, Wilma signed up to become a seller of a probiotic drink, which required her to go around the community, dragging a chiller containing small bottles of the popular drink. She earned through commissions after walking long hours, rain or shine around the city.

Wilma, however, had more important concerns than her sore muscles. At the end of each day, she must produce enough income to save her from the violent tendencies of her husband. She is among hundreds of women in the country who have suffered domestic violence.

By the end of the third quarter of 2015, reported cases in the Eastern Visayas region that constitute violations of Republic Act 9262, otherwise known as Violence against Women and their Children Act number 1,285. Based on data from the regional office of the Philippine National Police, physical abuse remains the most common, accounting for 743 cases.

Since 2014, the Eastern Visayas region has seen a spike in reports of violence against women. Regional police figures showed a 700 percent increase in reported cases from 159 in 2013 to 1,222 in 2014. Authorities attributed this surge to an improved data collection system and awareness on violence against women or VAW, following some campaigns. 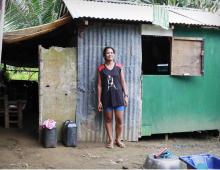 At night, Wilma often badgered herself with the question of how she could support her children. But when the verbal abuse aggravated, and when her husband started hurting her physically in front of her children, she decided to call it quits.

“It was such a daunting move to walk out, scarred and bruised more from the inside than the outside. It really takes a lot of courage.” Wilma recalled.

Wilma is one of the many women who underwent trainings and seminars organised by the national rural women coalition, Pambansang Koalisyon ng Kababaihan sa Kanayunan (PKKK) in the aftermath of Haiyan. PKKK conducted a series of trainings on women’s human rights, including protection mechanisms one can tap from the government and other service providers. These interventions are critical in rehabilitating households and communities where attitudes, norms and relationships are discriminatory and even violent.

Through PKKK, Wilma did not only gain knowledge about the policies and practices around gender-based discrimination. She also realised that she was not alone. She met other women who shared her story. This emboldened her to fight for the custody of her two other children who were living with her husband at that time.

Today, all her five children live with her. She still sells those drinks but she has also become an advocate for women’s rights, particularly on freedom from any form of violence in Barangay 67 in Anibong district.

Wilma’s story is part of the collection Stories of Resilience which features the women who survived the typhoon and made a difference in their families and communities.