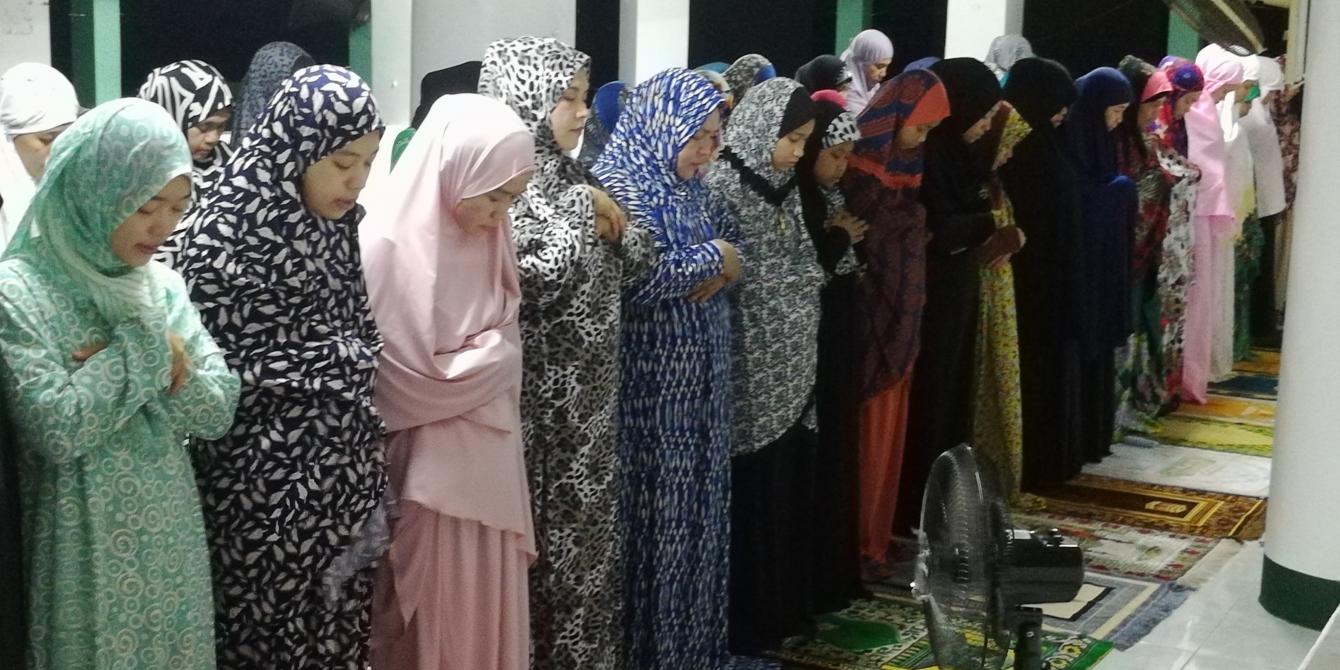 Moros from different parts of the southern Philippines held a simultaneous tarawee for Marawi on Tuesday, June 20, marking World Refugee Day. The tarawee is special prayer recited before midnight during Ramadan.

The prayer was read out after simultaneous tarawee prayers in Iligan City, Cotabato City, and Bongao, Tawi-Tawi on Tuesday evening. The tarawee is composed of 11 sets of verses of about 10 minutes each.

“We conducted this activity to promote empathy and encourage acts of solidarity for the people of Marawi during these trying times.” said Zahria Mapandi, Executive Director of the Marawi-based Al Mujadilah Development Foundation.

“The people in the Bangsamoro have suffered enough for over five decades of conflict and violence. We call on all parties to pursue a comprehensive solution to conflict in Mindanao, which is rooted in historical injustice and social exclusion. One concrete step is through the immediate enactment of the enabling law for the envisioned Bangsamoro political entity,” she added.

The new draft of the law is complete and ready for submission to Congress and President Rodrigo Duterte.

Over 90% of residents in Marawi have been forced to flee their homes while hundreds more are believed to be trapped in the city center as clashes continues. Over 300,000 people have been displaced by the fighting in Marawi, including families in nearby areas who have been forced to seek livelihood options elsewhere.

“Through our partners, Oxfam is committed to working with the government, local civil society organizations, other humanitarian actors and those displaced to help entire communities stand fast and recover from the trauma and displacement they have experienced,” said Daniel Sinnathamby, Country Director for Oxfam in the Philippines.

Here's the English version of the prayer read out after the tarawee: 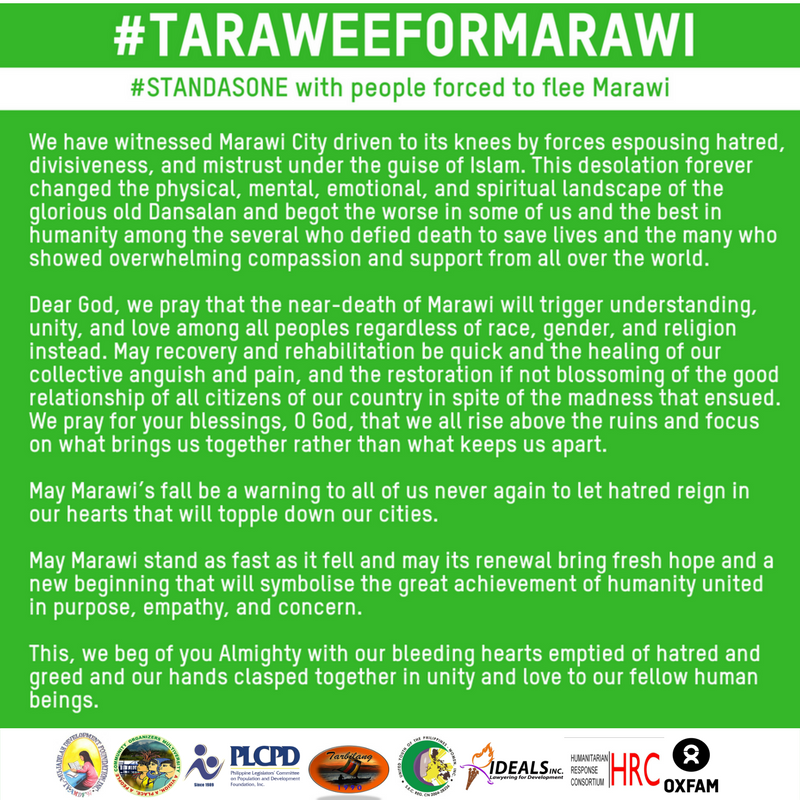