Life as a Gay Man in a Resettlement Site 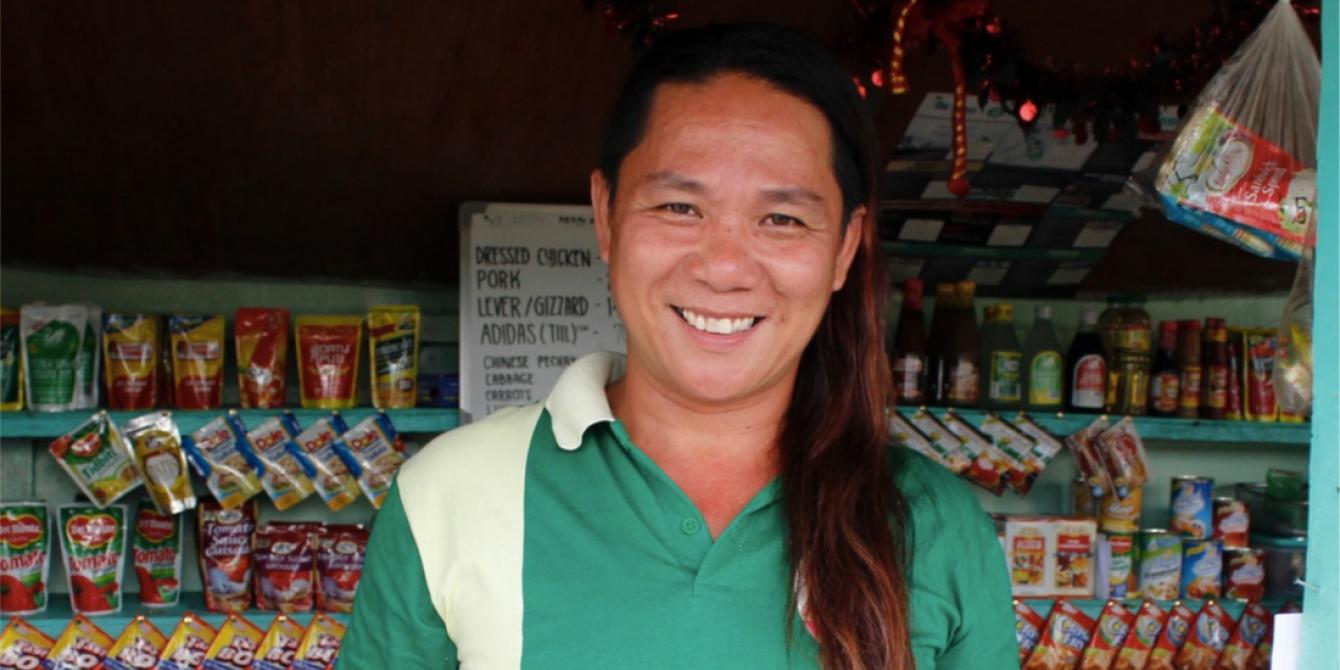 Arturo Golong from Tacloban City lost the home that he shared with his parents to Typhoon Haiyan in 2013. He needs a job to provide for his family but being a gay man, he has been encountering difficulties in accessing services and livelihood opportunities in the aftermath of the storm. Photo by Sandra Isabel Cayanong/Oxfam

As LGBT persons, all we are asking for is equal treatment - that we have access to goods and services which the majority enjoys.
Arturo Golong

Note: Arturo shared his story to the Humanitarian Country Team and the Philippine INGO Network in August 2016. In June 2016, Oxfam and the University of the Philippines - Tacloban organised one of the biggest gatherings among LGBT persons and sexual orientation and gender identity and expression (SOGIE) rights advocates dubbed as “Boses Bahaghari.” This forum highlighted the challenges which LGBT persons experienced in the aftermath of Haiyan. It also saw the participation of government officials.

My name is Arturo Golong. I was born in Tacloban. My father is a fisherman, who used to rent boats to fish, My mother is a housewife.
I am the seventh of 10 siblings. Among us, it was me who worked to bring food on the table. I have been working since I was nine years old, which is why I was not able to finish even elementary. I sold kangkong to households raising pigs in their backyards. I also became a household worker for another family. At that time, I was enrolled in a class on hair-dressing as well. After finishing the course, I became a beautician.

Ever since I was a child, I have been experiencing different forms of discrimination. As a son, my father was not very accepting of me but because I provided for them, I did not experience violence in the same way other children did. My father appreciated what I was doing for the family.

It was a different scenario in school and outside the comforts of my own home. There were no blood relations that could protect me. One teacher punished me because I was noisy. For my teacher, being noisy equated to being gay and vice versa. I may have been noisy but I was not the only one. This also happened at a time when people were not as tolerant of LGBT persons. So, among the noisy students, my teacher picked me and asked me to stay under the sun near the flagpole for more than an hour. My schoolmates taunted me. Some of them event hur me while others just watched.

Life before Super Typhoon Haiyan, or Yolanda as it’s locally known, was relatively fine because I was earning enough as a beautician. My parents and some siblings were dependent on me. I was also considered a community leader in the neighbourhood.

After Haiyan, my life changed. We lost our home and everything in it. My siblings who had their own families also lost their homes and other possessions. My sister-in-law who was pregnant also died. Since I was the one staying with my parents, I had to build a makeshift house before we were transferred to a transitional resettlement site. In that site, I was considered a leader. I was usually the contact person of different organisations whenever they had projects for the community.

Despite being in this position, I still experienced different forms of discrimination. In disaster risk reduction management practices, I noticed that rescuers put gays as among the last to be rescued. Even in trainings for residents in transitional resettlement sites, the gays were considered the laughing stock. But I and two other gay men really wanted to learn precisely because we would like to rescue gays who might be in situations of crisis. The trainers were mostly military personnel.

In transitional resettlement sites, there are households which are headed by same-sex couples. In the site where I live, there are two couples who fear that they might not get a slot in the permanent resettlement site. One of the criteria to get a slot is to belong to a family. But Philippine laws do not allow same-sex couples to get married and their children are usually adopted.

There are members of the police force who are insensitive, if not abusive. When a friend was accused of stealing somebody’s wallet while in a gathering and when we sought help from the police to intervene, the police merely reinforced the accusation, saying that gays are thieves anyway. There was another incident when a middle-aged gay man was assaulted by younger boys. The police just laughed at him when he reported the incident.

In terms of livelihood, some donors tend to promote gender stereotypes. When one donor had a livelihood project on fish caging, they sought the men in transitional resettlement sites. They never knocked on my door and the doors of other gay men who were providing for their families.

Finally access to toilets and other water, sanitation and hygiene facilities is the most complicated situation in transitional resettlement sites. Most gays and lesbians in the TRS do not know anymore which one to use. When we go to the men’s toilet, people think that they are there as peeping toms. But when we go to the women’s toilet, the other users become scared. So in these situations, we try to go in groups or look for open spaces where there are enough trees to cover us.

Despite these discriminatory practices, I think there has been progress since we started talking about these issues in the communities. I and my fellow LGBT persons have been invited in consultations including those related to the proposed Anti-Discrimination ordinance of Tacloban. As LGBT persons, all we are asking for is equal treatment - that we have access to goods and services which the majority enjoys. #