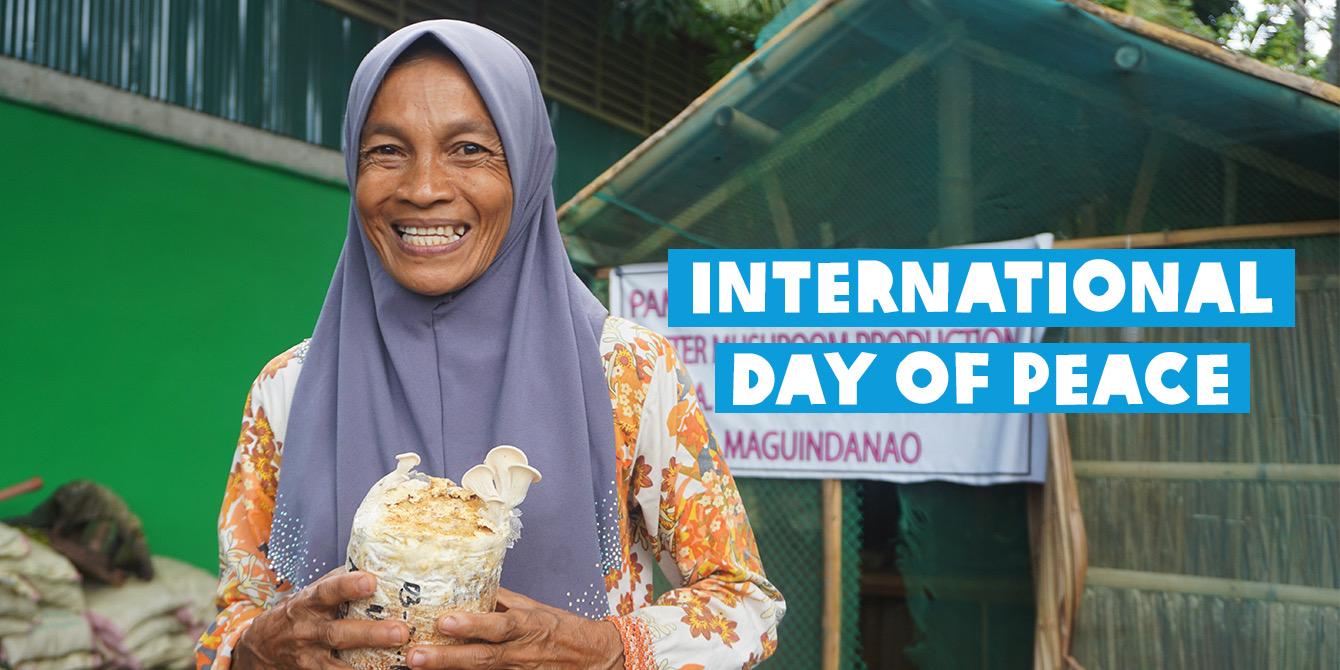 “In the past, majority of women only stay at home and take care of the children. But now, we have learned that women also have the right to speak and be heard, that we also have a role in the peace process,”
Guiamelan Sayutin

The decades-old armed conflict in Maguindanao has not only displaced families. It shattered homes, livelihoods, education, and hopes for a better future.

“Every day, we live in fear in the evacuation centers. My parents, who worked as a farmer and a mat weaver, lost their livelihoods from the armed conflict. I stopped going to school.”

Now with three children, Guiamelan, 39, and her family continue to face challenges brought by the armed conflict. Until, things have changed with the passage of the Bangsamoro Organic Law (BOL) in 2018. Viewed as a key foundation for lasting peace in Muslim Mindanao, Guiamelan sees hope.

Recognizing the role of women in the peace process, the United Youth of the Philippines-Women (UnYPhil-Women) with support from Oxfam in partnership with the Australian Government through the projectWomen's Empowerment for Leadership in Development and Peace in the Bangsamoro (WELD-Peace), organized women including Guiamelan in conflict areas to participate in the peace and development process. The WELD Peace project directly contributes to the Australian Partnerships for Peace (APP) program goal of promoting long-term stability and development in conflict-affected areas of Muslim Mindanao.

“In the past, majority of women only stay at home and take care of the children. But now, we have learned that women also have the right to speak and be heard, that we also have a role in the peace process,” Guiamelan says.

Guiamelan is a member of the group ummahat an Arabic term for “group of mothers”. Composed of 110 women members in the community, the group meets at least three times a week to raise awareness about the Bangsamoro Organic Law.

“We start by spreading awareness within our families. How important it is to participate in the peace process, and the important role of women in shaping the women’s agenda.”

The weekly meetings also became an avenue for the women to discuss issues often not discussed in public.

“During armed conflict, a lot of children ages 13-14 years old are getting married early because of the difficult situation in the evacuation centers. During meetings, we encourage other mothers to protect their children and prevent this from happening.”

The group was able to consolidate from its members the women’s agenda, which they presented to the local government of Datu Saudi Ampatuan. Among these agenda are the importance of education for the children and sustainable livelihoods for the women.

Guiamelan says three of these women she trained are now earning income from mushroom cultivation. These ten presidents also cascaded their learnings to other members of their group.

“I am happy every time I am able to help others. My dream is for all women in our town to claim their rights. Gone are the days that women don’t speak.”