When jumping the gun is the right thing to do 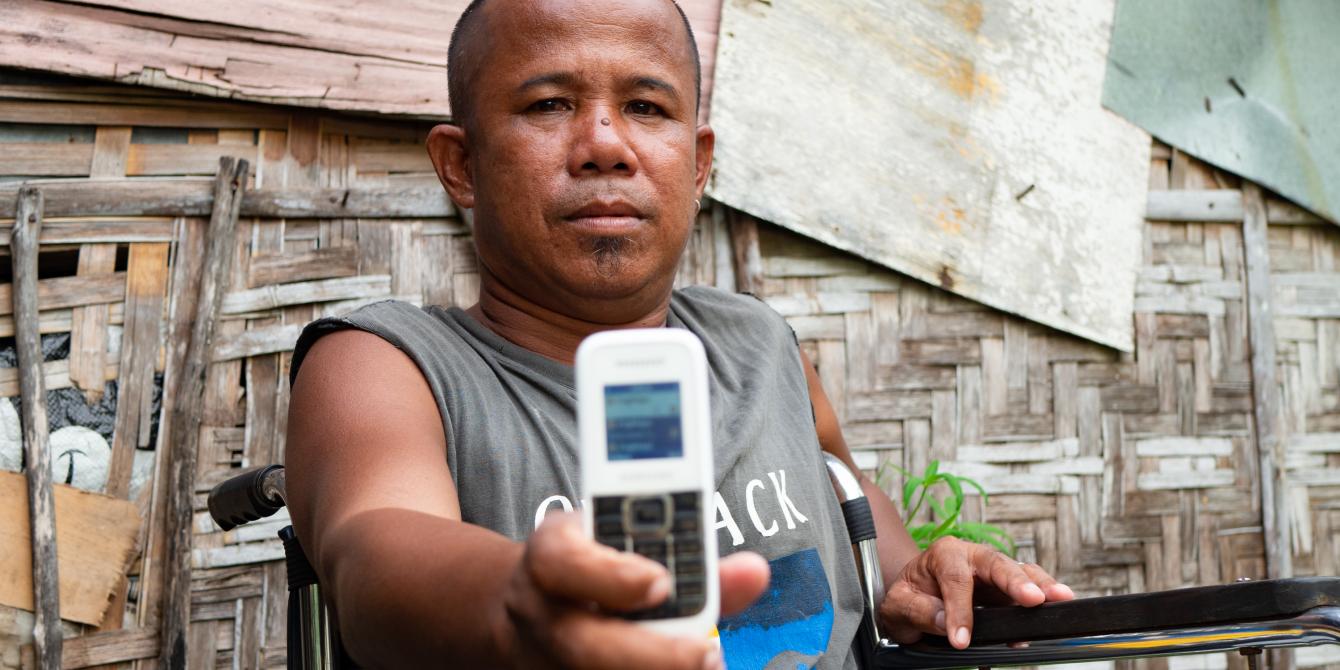 For Robert Escobar, phone transactions enable access to aid that might otherwise be beyond his reach. Photo: Elizabeth Stevens/Oxfam America

When Super Typhoon Rai struck the Philippines in December 2021, it was catastrophic. Wind speeds reached more than 180 miles per hour, and many areas received five or more feet of rainfall. In its aftermath, more than 11 million people needed assistance.

But Rowie Anacta, who lives in Dolores in Eastern Samar, faced the oncoming storm with a measure of confidence. “In Typhoon Odette [the local name for Rai], I was less frightened than I was in other big storms,” he says, “because I knew we would have food.”

Anacta, who lives with his wife and three children, received a cash payment before Rai made landfall, which gave him time not only to purchase food but to buy the materials he needed to protect his house from heavy winds.

Known as anticipatory action or preemptive cash, the aid distribution was a project carried out by Oxfam and partner organization SIKAT (the Center for the Development of Indigenous Science and Technology) as part of a program to prepare for emergencies and reduce disaster risks. The program, known as ACT (Asia Community Disaster Preparedness and Transformation) in Asia and ATECA (Acción Temprana Comunitaria Centro América) in Central America, focuses on a range of activities—from helping farmers adapt to floods and drought to strengthening women’s leadership in community disaster management. It includes an emergency response fund that enables Oxfam to quickly issue small grants to ease the impact of disasters on the communities where we work. This time, we channeled the emergency funds directly to recipients via cash cards and e-wallets like Maya—three days before the storm.

Not only does anticipatory action ease the stress on families, it saves money.

“After an emergency, it’s harder to buy what you need, and everything is more expensive,” says Robert Escobar, who received 1,700 pesos (about USD 30) through a phone transaction with Maya.

As for cash payments, everyone prefers them to handouts of physical goods. Andrelyn Fabillar from Balangiga is a member of a women’s self-help group. “With cash, you get to decide what your family needs most,” she says. “The women in my group were able to buy food and medicine and other necessities for their children.”

And then there’s the issue of dignity. 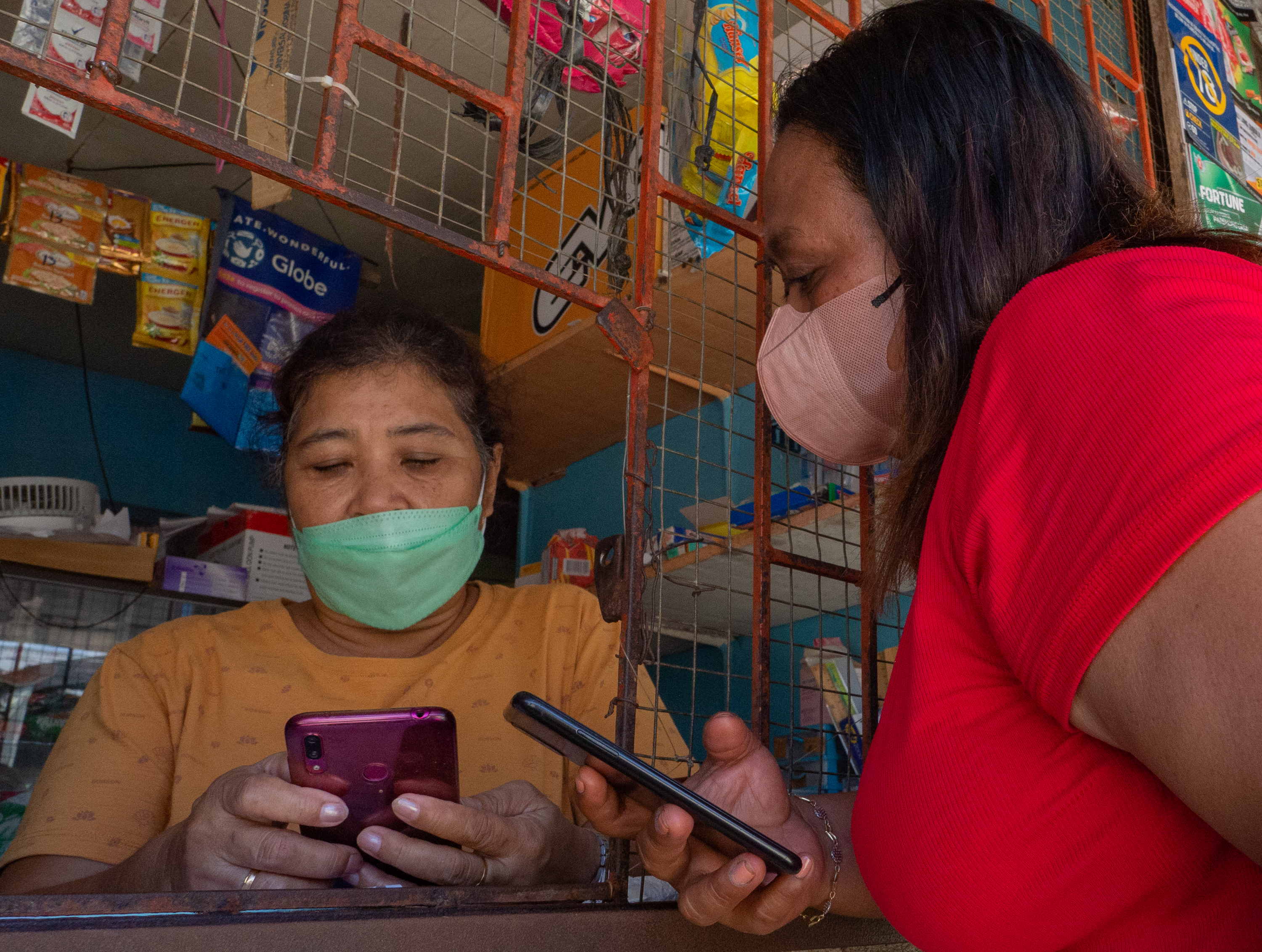 “By distributing cash electronically and in advance of an emergency, people experience less worry and less waiting,” says Nicholas Orsal, a community leader in Dolores. “It’s more dignified than standing in line waiting for handouts.”

Escobar is in a wheelchair—the result of a knife attack in 2010 that severed a major nerve. He can’t participate in cash-for-work activities like community cleanup efforts, and sitting in long lines isn’t a good option, either. It was a relief to be able to receive aid through his phone, and the timing—before prices skyrocketed—meant he and his family could get the most out of every peso.

“Disasters like super typhoons are extremely stressful for families who live in the path of a storm and need supplies they can’t afford to buy,” says Maria Rosario Felizco, director of Oxfam in the Philippines. “Distributing cash in advance of the emergency provides a little comfort when they need it most.”