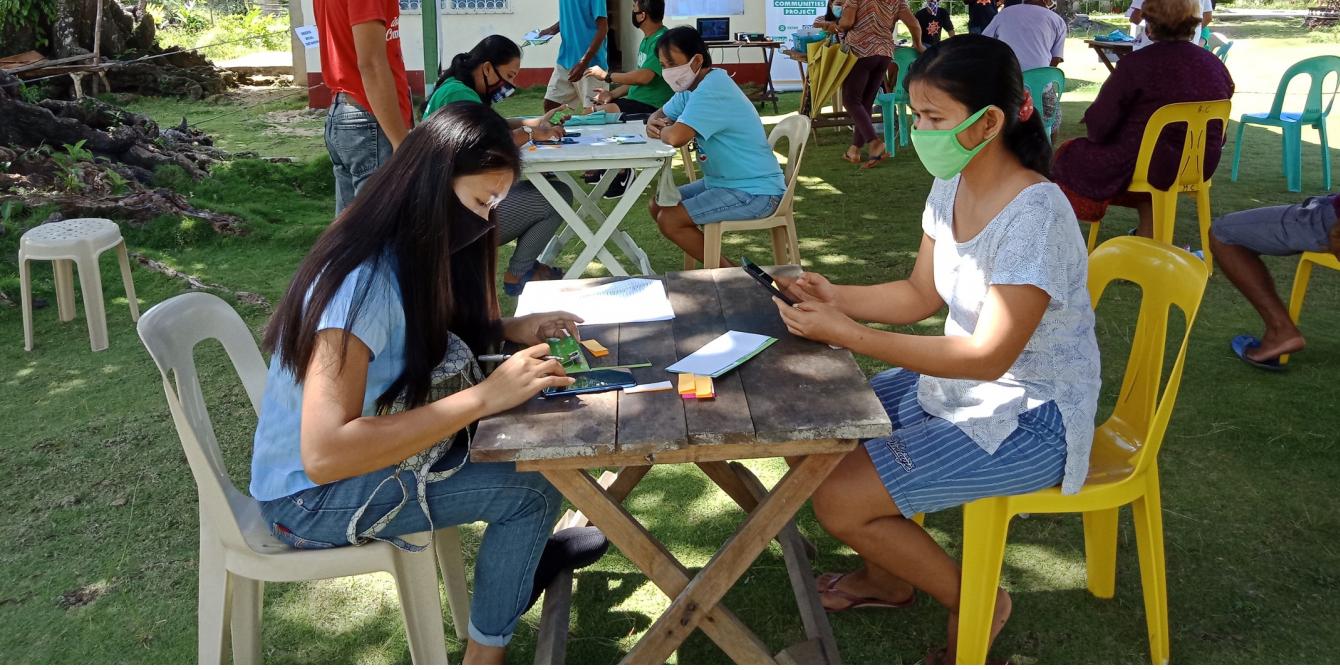 The Philippines is where the B-READY concept was born and developed. The experience of Oxfam in cashtransfer programming in the country specially during the humanitarian response in the aftermath of STY Haiyanand the connectivity to Global Parametrics led to the pilot implementation of the B-READY Project.

For the scale-up in the Philippines and the replications anywhere else in the globe, there are severalchallenges that have been noted and lessons to be taken moving forward.

As a pioneering innovation on pre-disaster response and digital financial inclusion, a key strategy is gettingthe participation of the local government and communities. This took B-READY more than a year to be completed. The lesson here is to allot more time to prepare for an idea that no one has ever tried before.

The imposition of travel restrictions prevented technical and management people to travel to and within the Philippines. There were delays in activities such as coordination meetings, technical preparations, planning and assessment. This was not foreseen in early 2019.

Waiting for a typhoon

Ironically, a typhoon was needed to test the cash transfer system and assess its effectiveness. Without a typhoon, there would be no testing of functionality and effectiveness.

More data is needed to prove the workability of the concept with the financial sector.

The idea behind the concept of B-READY is that it costs less money to save people and build their resilience if there is action during pre-disaster than rebuilding and recovery after a disaster. The financial sector hasto be convinced and provided proof that this concept works so it can join the humanitarian and governmentsectors on the aspects of transfers, savings, pre-emptive loans, and insurances. This idea still needs to be developed.

Global Parametrics is a business owned by a development finance institution. It is not just functioning from a profit perspective, but also looks at business from a development perspective. However, there are costs to getting their services. There is a need to study how to scale up along with thecosts involved. The use of their tools and indexes by local authorities involves costs. B-READY has to make theuse cost-effective if these tools and indexes are going to be deployed for many years in other countriesparticularly in Asia and Africa. The main question is how to make the technology cheaper in the long run.

B-READY is practical and it is what is needed for DRR governance. To make it replicable, governmentauthorities at the national level have to be influenced and convinced that the concept works. There is also a need to influence the broader humanitarian sector, including donors, toward a paradigm shift. This influencing trajectory still needs a lotof engagement as well as data, guides and evidence culled from other groups and other regions.

The experience of using the Visa cards started with the STY Haiyan response in the Philippines. Cards were given mostly to women who could keep the cards safe and make sure they were not lost. With women, even if the cards have gone empty, they wanted to use it for personal savings, especially if they do not have access to bank accounts. Digital cash transfers eventually led to the financial inclusion of women. There may be differences in how women and men use cash transfer cards but we have to observe this further. Are women saving more for the sake of the children? Are men saving more for the house? What choices are being made and is there a gender differentiation?

What could have been done differently

The pilot implementation of the B-READY Project took longer than expected. The funding was only for two years and there was no thought of preparing funding for four years. In the future, there needs to be ample timeallocated if an innovation is to be implemented in the Oxfam way, which involves all stakeholders, speciallyincluding local authorities and communities.

There is the option to do it alone and quickly but if the innovation is to go further, all stakeholders have to go together. The second path is slower but it allows for the innovation to take root and get a good grounding.

The implementing consortium has worked well together. However, it can also do better by making theconsortium more formal and stronger on paper. While B-READY is not the only one doing pre-emptive cash transfer and early warning, it is the only one combining things in a participative way, working with local authorities and communities to make the program solid.

The consortium can present B-READY as a total package with all these ingredients combined and already tested on the ground. Others may claim to be implementing something similar, but, B-READY is still a one-of-a-kind innovation that has not been tested elsewhere as a total package. Oxfam’s Niña Abogado, who createdthis concept, should be recognized for her idea being totally valuable.