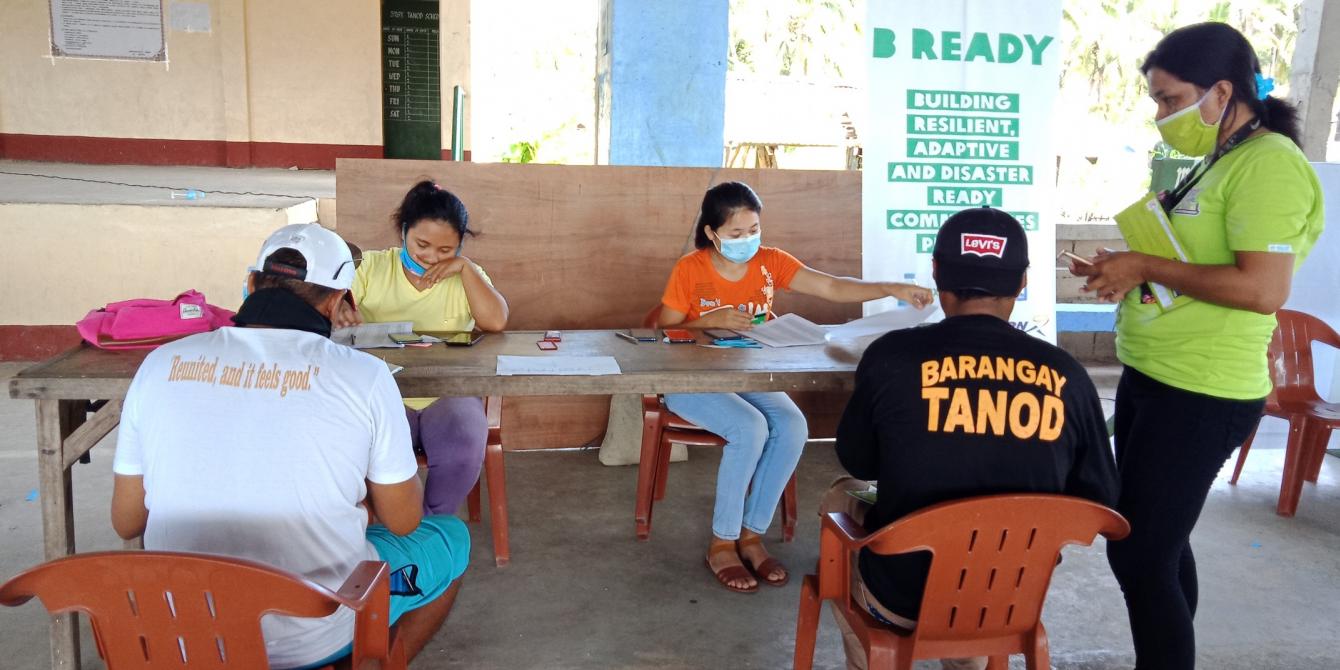 Distribution of iAFFORD Cards to project participants in Barangay Matarinao, one of the priority areas of the B-READY Project. (Photo: PDRRN)

We provide the technology, but the community’s collective pre-identification of households and the drills make what we bring in truly worth it and very valuable
Wendy Smith, Program Manager
Global Parametrics

Formed in 2016, Global Parametrics combines climate science, data modeling and financial engineering to create the much-needed tools that can help understand, manage and mitigate the risks brought about by natural disasters.

Based in London, United Kingdom, Global Parametrics is already much sought after as a world expert indesigning, structuring, and deploying global solutions by a team of scientists, risk modelers and computerscientists, as well as practitioners of developmental finance, commercial insurance and fund management.

B-READY was Global Parametrics’ first involvement in a project that values and operationalizes communityparticipation in anticipatory financing for DRR.

Citing her group’s vast experience in developing sustainable financing mechanisms for natural hazards andextreme weather risk in developing economies, Smith points out how B-READY is an innovation that othercountries and vulnerable communities can replicate. She says financing institutions should seriously considerexploring and adapting to it.

Smith recalls how communities on the ground were willing to take time to learn and how the local government of Salcedo municipality took an active role and was very willing to share its learnings on how the program worked.

“The parametric tools and index are usually difficult concepts to understand, but the community-basedlearning approach made it possible for leaders and the people to take in the concepts and know how to use them,” she notes.

“We provide the technology, but the community’s collective pre-identification of households and the drills make what we bring in truly worth it and very valuable,” she adds.

To make the engagement as collaborative as possible, a workshop was conducted in January 2020 in Salcedo. Through the workshop and community feedback that followed, Global Parametrics implemented adjustmentsthat included the following:

For the next phase, Smith sees the planned scale-up to involve the national government and otherinstitutions as very promising. “The community model worked very well. Being able to work withhumanitarian partners such as Oxfam is rewarding,” she says.

On the technology side, Wendy says Global Parametrics “saw what is possible.” Her group also “saw what is not possible as of the moment but can be developed in the future.”

“Anticipatory finance does work — there is an area for growth for these kinds of programs within thehumanitarian space,” she declares.