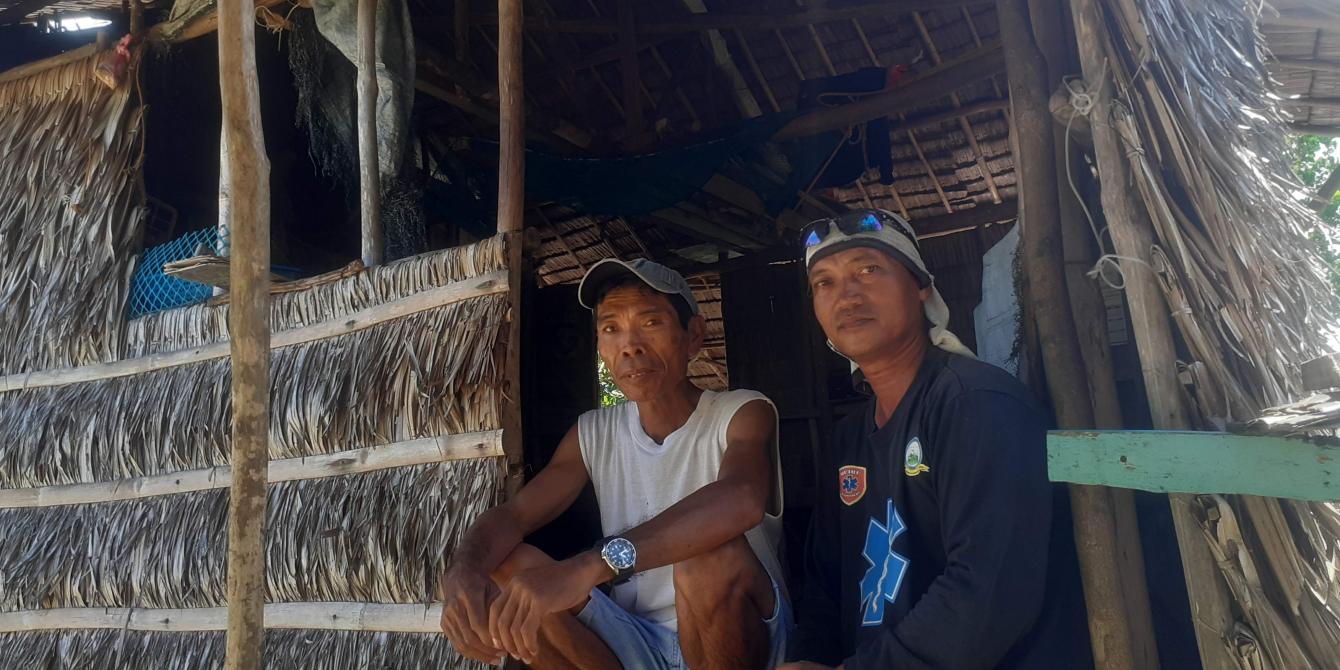 QUINAPONDAN, Eastern Samar — Sachets and plastic wastes entangled in mangrove roots were the very first intruders that Christopher Quiza, a Bantay Dagat of Quinapondan fish sanctuaries, had to face at the start of his day.

Just as the sun’s rays lit the sea, Quiza’s bag was filled with trash he collected while rowing around the mangrove forest.

It is his job to ensure that the Panaloytoyon and Mantampok Fish Sanctuaries—breeding grounds of coastal and marine species—are free from wastes and illegal fishing activities.

Members of Bantay Dagat are sea guardians who patrol coastal and marine ecosystems to detect illegal fishing practices and enforce fishery laws and ordinances. In Quinapondan, there are six sea patrollers.

Panaloytoyon Island was declared a fish sanctuary in 1994. In 1995, Guiuan Development Foundation Inc. (GFDI) established Mantampok Island, which was later maintained and managed by the local government unit (LGU).

In 2017, the Panaloytoyon and Mantampok sanctuaries were declared as Marine Protected Areas (MPAs) through a municipal ordinance. Quinapondan Vice Mayor Leo Jaspher Candido said the move was based on the principle of sustainability and only intended to regulate—not prohibit—the fishing activities around the sanctuaries.

According to a recent study published in One Earth Journal, MPAs contribute to climate change mitigation and adaptation by sequestering carbon dioxide, protecting coastal communities and biodiversity, and enhancing fishers’ catch and income.

These are important as Eastern Visayas is frequently battered by strong cyclones and is exposed to other climate shocks.

“If we don’t have a healthy ecosystem, where can nearby communities directly source their food?” said Jonh Rey Gacura, a research assistant at GDFI. 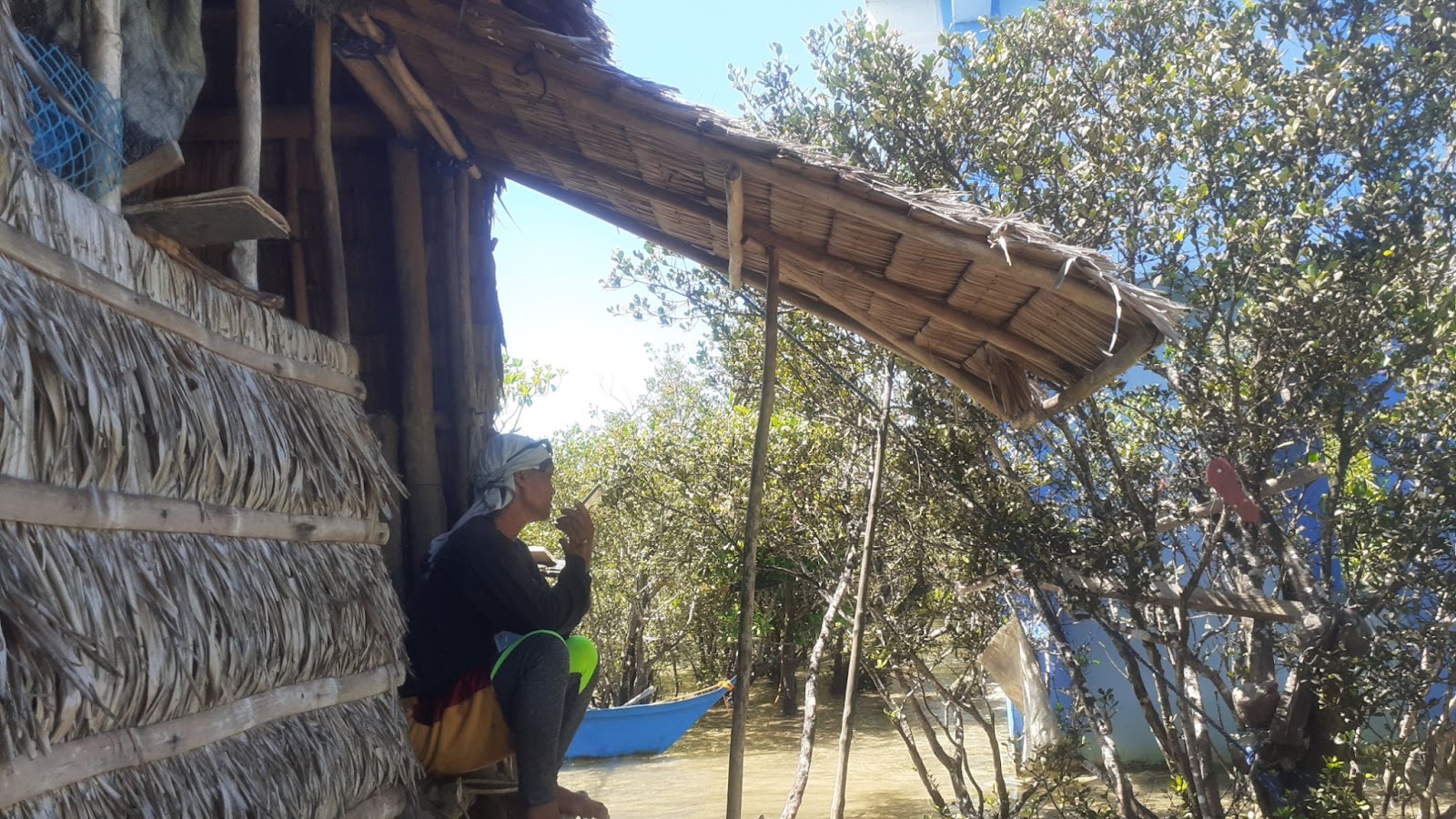 Quiza recounted when they encountered a group of intruders who tried to fish around the boundaries of Panaloytoyon Fish Sanctuary. As their first action, they called the intruders out and explained that fishing in the fish sanctuary is prohibited.

“We just calm ourselves and try to recognize these people,” he said, adding there were cases filed against individuals who still pushed through with their illegal activities despite warnings.

Their role as active watchdog resulted in threats and curses from, and silent clashes with the fishers who they used to meet around the waters of Quinapondan. There was also an instance when he was invited to a fistfight by a fisherman he previously called out, but Quiza disregarded it.

Felix John Bianes, the Municipal Environment and Natural Resources Officer, said that although there are areas where fishing activities are prohibited, fishers can still access a large portion of the town’s municipal waters.

The local environment office conducted a series of information and education campaigns to inform fisherfolk organizations about the ordinance even prior to its implementation. But Bianes said the office has so far engaged with only two communities.

“It is important for them to understand the importance of fish sanctuaries and the consequences when it is destroyed,” Gacura said.

Tabungar said that most of the fishers are having difficulty coping with dwindling fish catch and the implementation of regulation. He urged the local government to support small fishers while fish sanctuaries are being established.

In a bid to address the issues raised by some fisherfolk, the LGU, with the support of the Bureau of Fisheries and Aquatic Resources, provided them with fishing boats, nets, and gear.

But for GDFI, the local government should consider introducing mariculture, or the farming of marine organisms for food and other products.

Gacura said the provision of fishing gear as an “ayuda” to fishers does not make sense as “we are increasing pressure in a situation where fish stocks are already depleted.”

According to Vice Mayor Candido, the government has introduced bangus culture to a few fishers in Brgy. Sto Nino. The introduction of alternative livelihood sources such as mud crab culture and seaweed farming is also part of their administration’s flagship program.

Candido acknowledged the issues raised by both the fishermen and the members of Bantay Dagat, and said the government is open to discuss the stakeholders’ concerns on the implementation of the ordinance.

This, according to Quiza, is a smart move to help both parties address their concerns and join forces in protecting marine sanctuaries and ensuring food security.

As the Quinapondan government moves forward with their plans to secure the welfare of their people and marine ecosystem, Candido said they are looking forward to harnessing the available data and science to guide their decision-making processes.

Tabungar expressed his support to the LGU’s plans and noted that “all information dissemination should be done at every barangay to ensure that all are informed of their decisions.”

“I wish to have more catch to sustain the daily needs of every family of fishers,” Tabungar said.

The move also made Quiza, the sea patroller, hopeful that he would start his day with then-intruders as their partners in protecting sanctuaries in their town.