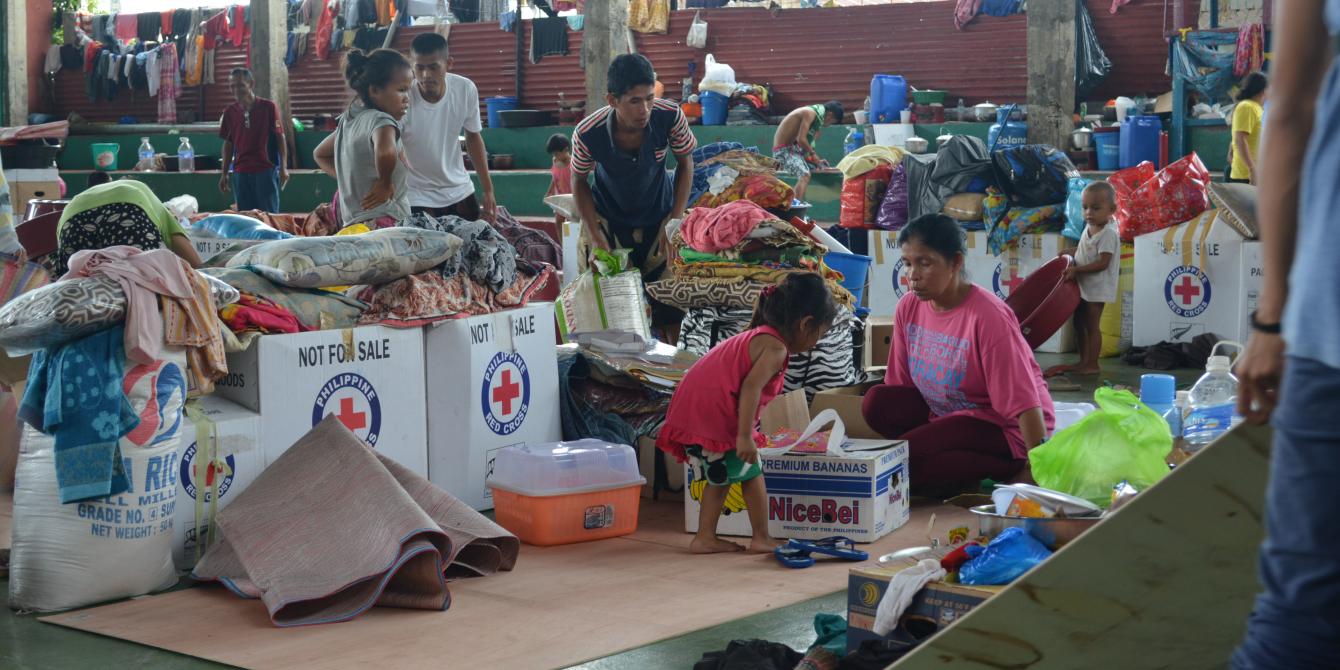 Three months into the crisis, displaced families of Marawi City and other affected nearby municipalities mostly rely on services coming from the government and other humanitarian actors to survive their day to day living. But there is a growing need and clamour for cash, sources of income, so they can start standing back on their own feet. (Photo: Humanitarian Response Consortium)

“I am happy because my child received things that she needed. But what we urgently need now is livelihood for my husband and cash to buy milk and food, as we are just dependent on relief.” 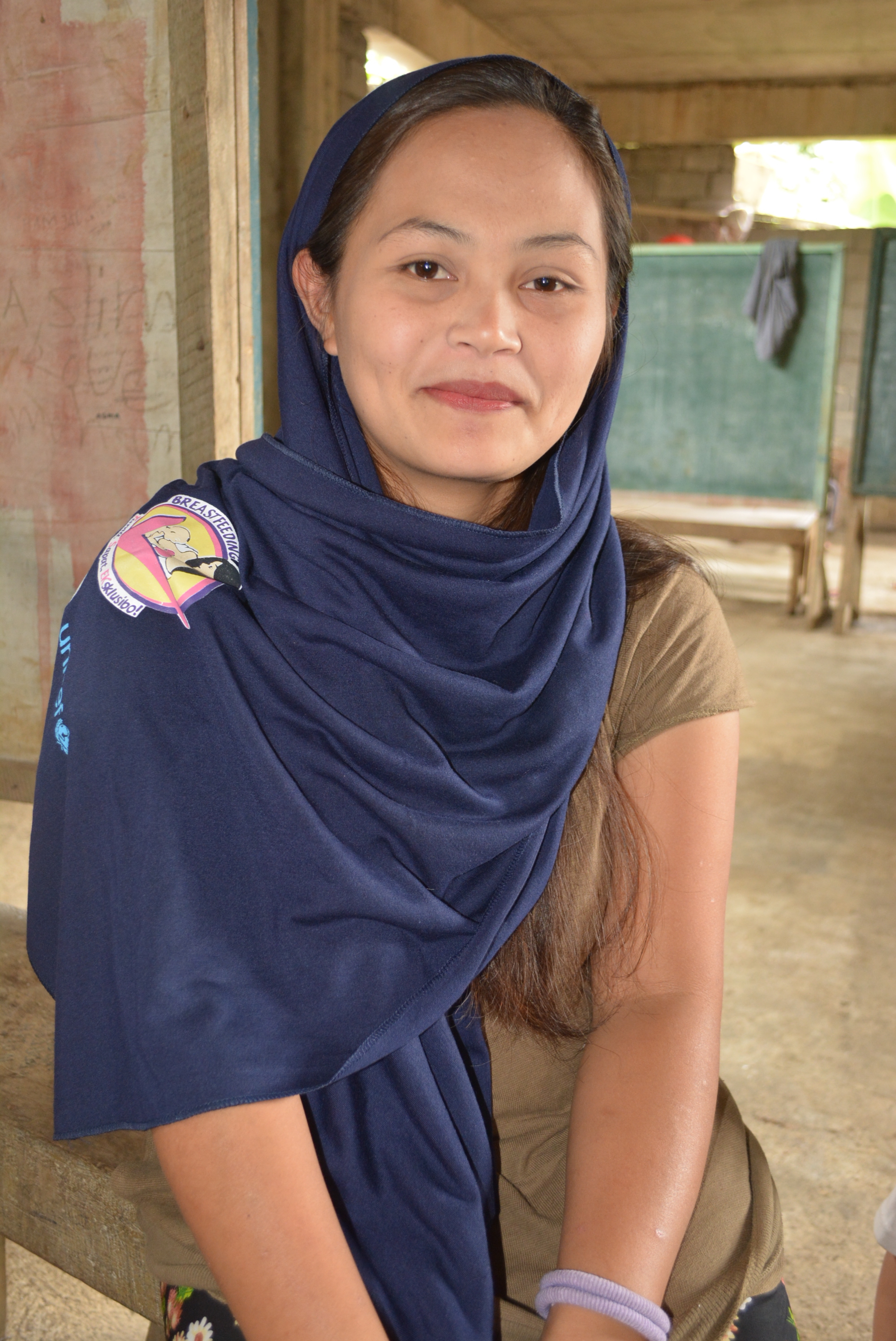 When I heard Sitinor say this, I thought about the other mostly young mothers who have expressed their urgent need for cash to buy their basic needs.

Sitinor, 23, gave birth to her third child on May 22, 2017. When the Marawi conflict broke out the following day, she was too weak to move after childbirth, let alone walk. She and her husband, a welder, struggled to move out of Marawi by hitchhiking on a truck loaded with evacuees relocating to the Al-Rashid Madrasa evacuation center in Pantar, Lanao del Norte.

She had nothing but a small amount of cash, with nary a piece of clothing for her newborn as the only thing on their minds that day was to escape the violence. Sitinor, her husband and three children are part of thousands of internally displaced persons (IDPs) now living in evacuation centers or in their relatives’ homes.

Like most evacuees, Sitinor solely depends on food packs of canned goods, noodles and rice from government and NGOs. She is grateful for the assistance her family has been receiving for three months. She can survive eating sardines, but she was worried that her children may not be getting the vital nutrients they need. Another dilemma is her lack of breast milk, and to feed her baby, she doesn't have any idea how she can purchase milk.

After Sitinor's family moved to the Tent City in Pantar, our organization, Humanitarian Response Consortium (HRC), provided her with the new born kit, plywood, kitchen essentials and a solar lamp as there is no electric power. Critical is the unmet basic nutritional needs for her family. She pleads that her husband be given a paying job to provide and sustain their needs.

The voice of Sitinor in asking the government for financial assistance is the voice of IDPs.

The ongoing debate about cash assistance versus direct food distribution often overlooks the needs of individuals and families that we in HRC are trying to help. Cash provides the family the ability to meet its most critical needs. It may be milk or the variety and freshness of other food that the food packs cannot provide.

It is also about dignity and returning to normalcy of being able to purchase food versus standing in line as if begging. 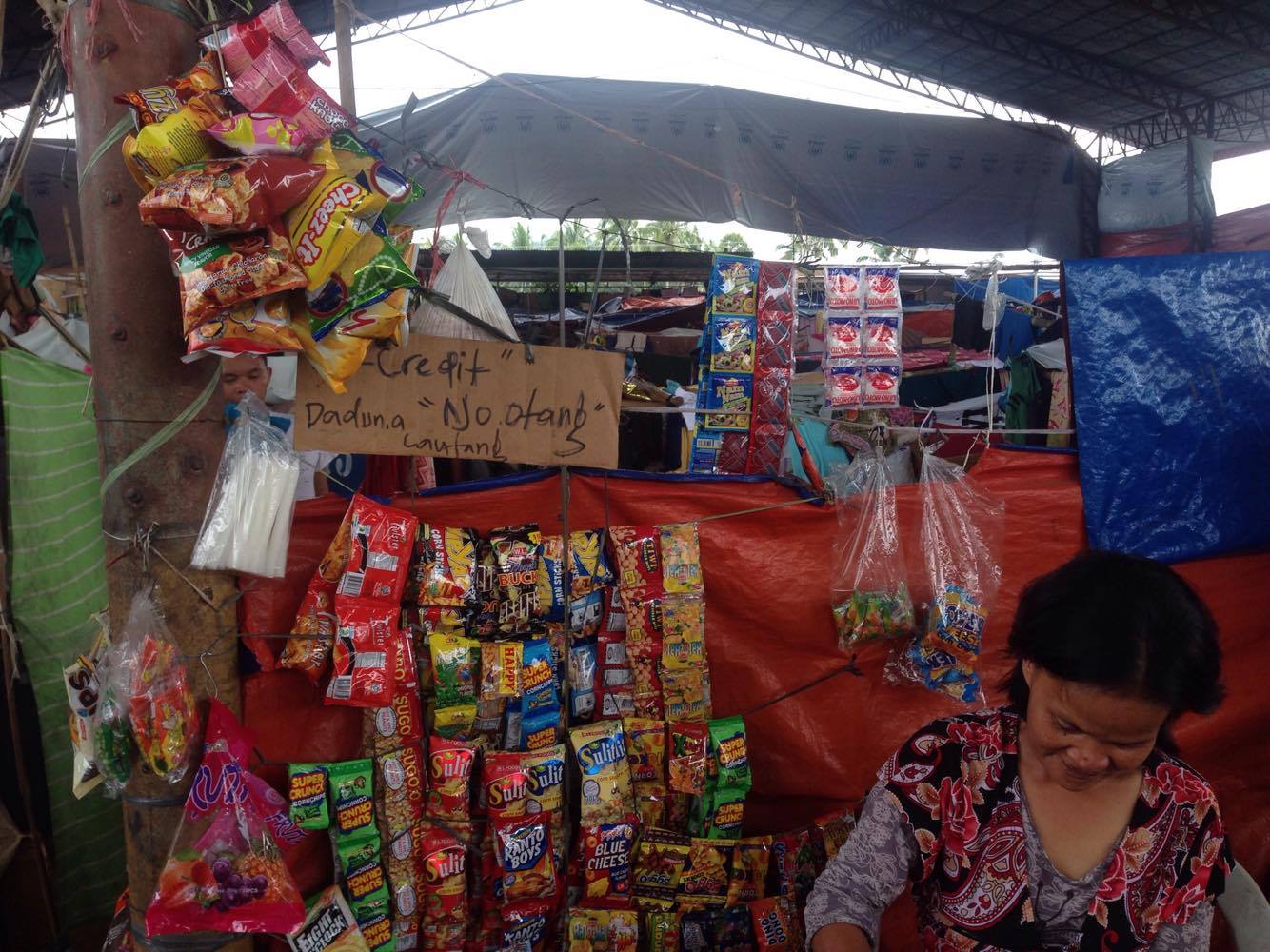 Cash and direct distribution both have their pros and cons. As the recovery efforts move into the fourth month, it is time for the actors to review their strategies and look at cash transfer and cash programming mechanisms to ensure that malnutrition is arrested and that dignity is returned to those affected by violence and conflict that is not of their own doing.

The HRC, a group of developmental non-government organizations that has been in existence for 7 years, primarily aims to provide effective, rapid and dignified humanitarian assistance to affected populations in times of crisis. HRC has been working in Iligan City since May 27, 2017 to provide humanitarian assistance that includes the construction of WaSH (Water, Sanitation and Hygiene) facilities such as emergency latrines, bathing cubicles, improvement of water sources and provision of non-food items that includes hygiene, sleeping and new born kits, kitchen essentials and solar lamps.

Photo 2: A mother living in Saguaiaran Evacuation Center sets up a small business after receiving cash aid amounting to PHP 1,000 from the Government. Back in Marawi, she used to own two stores where she cooked and sold peanuts as a supplier to smaller shops around City. However, all of these were gone after the siege happened on 23 May 2017. (Genevive Estacaan/Oxfam)