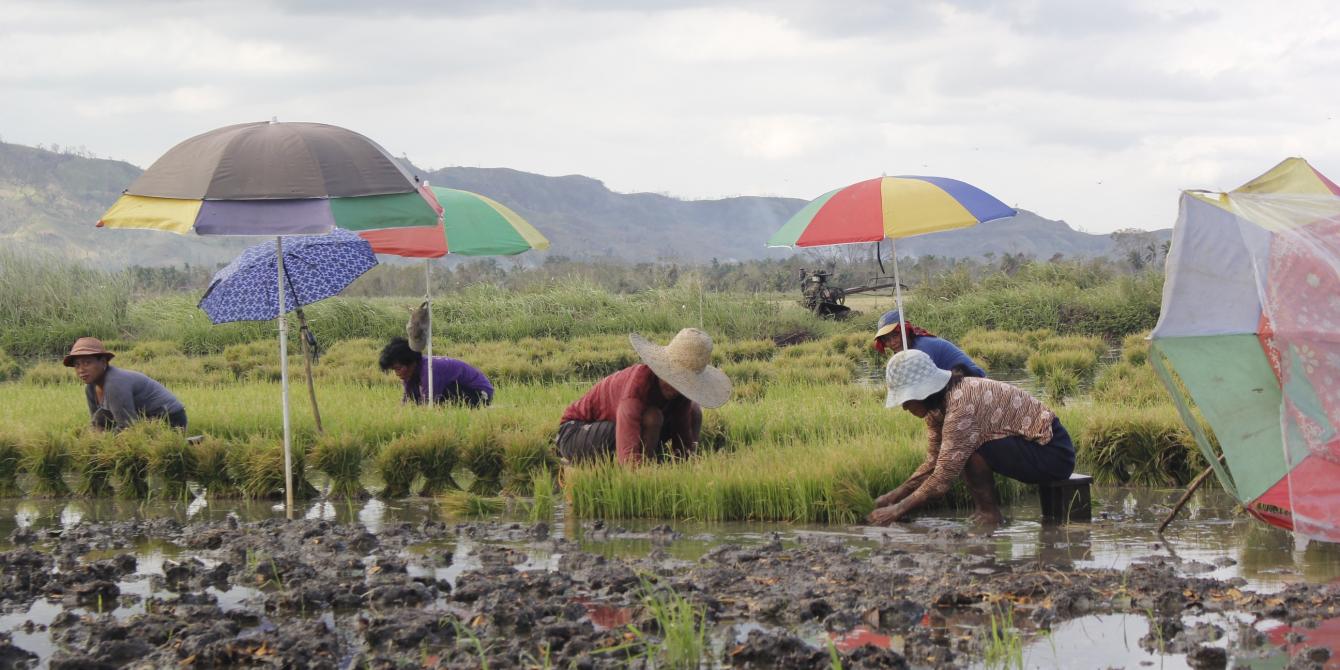 Typhoon Haima, locally known as Lawin, destroyed US$50.6 million worth of infrastructure and crops when it hit northern Philippines in mid-October. It is the strongest typhoon to so far strike the country this year.

The government pre-evacuated thousands of residents in danger areas, preventing the massive loss of lives. Still, Haima left 14 people dead and forced close to 10,000 people out of their homes.

When Haima hit northern Luzon, areas affected by the storm had already been reeling from the effects of Typhoon Sarika (local name: Karen) a week earlier and the El Nino phenomenon in 2015 and early 2016.

Most of these provinces are agricultural areas. For instance, the province of Cagayan, where the storm hit land, is among the country’s top producer of corn and rice.

Although casualties were minimized, damages in agriculture due to these series of disasters have left farmers vulnerable to a cycle of debt. Rapid assessments conducted by Oxfam and Humanitarian Response Consortium in Cagayan, Isabelaand Apayao after the storm showed there could be a potential food gap of one to two months due to disrupted harvest and loss of income.

In the aftermath of Typhoon Haima, Oxfam in the Philippines is initiating a humanitarian response in the provinces of Cagayan, Apayao and Isabela led by our partners. They are:

Oxfam’s response aims to help more than 2,000 farmers cope with their daily needs until the next harvest seasonThis will be done by providing financial assistance to purchase their immediate needs and re-start their livelihood activities.

Some 300 women affected by the storm would be prioritized. They would be given access to additional cash for food and other special needs related to their sexual and reproductive health rights.

DRR and Response Coordinator Maria Libertad Dometita, said: “Oxfam and partners will be working closely with the government at both the national and local levels to ensure timely and targeted support to meet international humanitarian standards and to uphold the rights of the most vulnerable.”