‘Wealthiest use up 4x more carbon than half the population, causing climate crisis’ – study 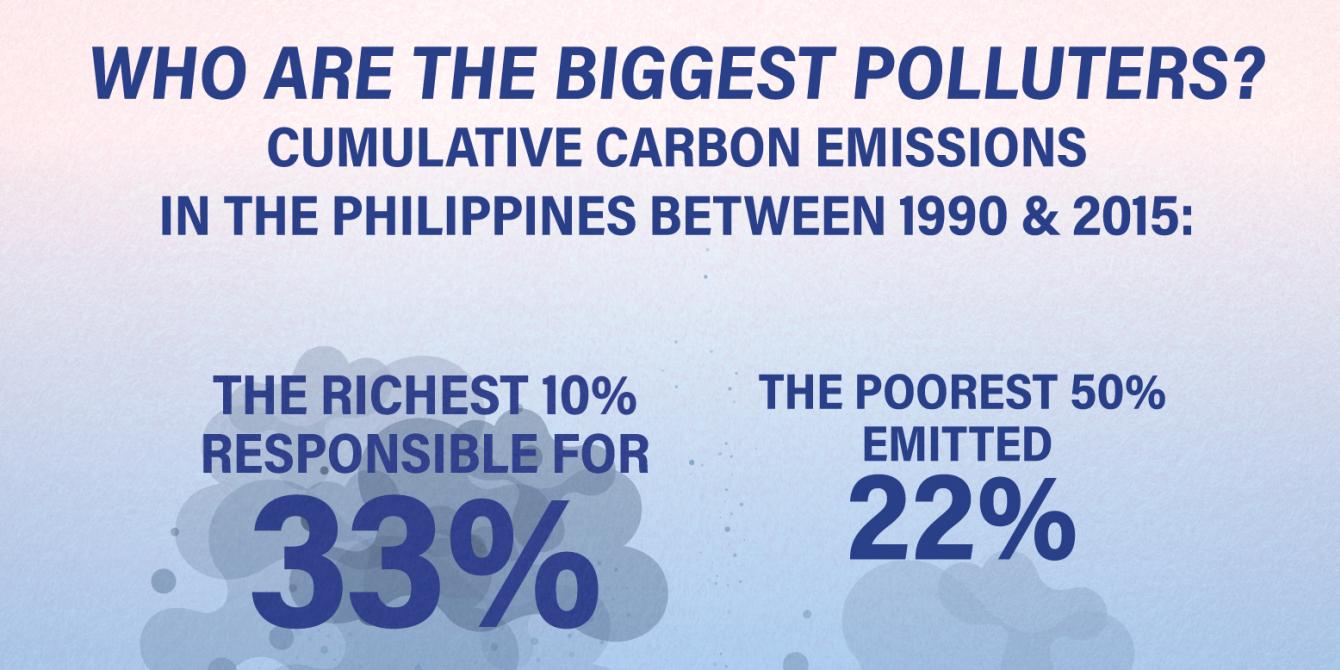 The huge disparity between the rich and the poor is not only apparent in social status, but also in the way they affect climate.

A study reveals that the wealthiest 10 percent of South East Asians, in countries like the Philippines, are responsible for a third of the national carbon consumptions, which is four times as high as the average footprint of the poorest 50% of the population – worsening pollution and climate crisis, leaving the poor struggling just to keep the lights on.

"In the Philippines, the wealthiest ten percent used up over a third of the carbon emitted nationally. When we look at such data, it’s clear that while the richest benefit, the rest of us are left facing the consequences. The poor, women, and the disadvantaged groups will face the brunt of the climate crisis,” says Lot Felizco, Oxfam in Philippines Country Director.

During the same period, Asia and the planet have gotten hotter, with the continent being the epicenter of natural disasters and displacement of people due to disaster. Poorest and marginalized people have been hit hard by multiple extreme weather events in Indonesia, severe typhoons in the Philippines, and droughts across the Mekong Delta.

In 2013, the Philippines made headline news globally, as it was hit by Typhoon Yolanda (international name: Haiyan), touted the ‘strongest typhoon in the world’, which claimed the lives of thousands and left millions worth of damages at its wake.

While the prevailing global COVID-19 pandemic and subsequent lockdowns have resulted in a decline of emissions globally, they are likely to rebound rapidly as governments ease lockdowns and countries return to business as usual.

Lidy Nacpil, coordinator of the Asian People’s Movement on Debt and Development, says, “We need to change how our energy is created and consumed. Our nations and leaders must commit to investing in renewable energy. It is economically better for us and our countries. Better for the planet and people. And can benefit all of us – including women, indigenous communities, and others often left-out – through distributed, decentralized, and democratized energy systems.”

If our region – one of the fastest-growing in the world – fails to contribute, the planet will heat up by another 1.5OC by 2030, a tipping point with no return. The cut back of emissions by the top decile and ending investment and generation of fossil-fuel energy are essential in keeping the planet’s temperature at levels required for human survival. The carbon inequality is so stark that the wealthiest ten percent globally would alone push the temperature beyond the tipping point by 2033, even if all other emissions were eliminated.

“As the South East Asia Energy Transition CSO Network, we call on our governments to tackle the growing inequality and the climate crisis by shifting to renewable energy urgently. We need equitable economic systems that prioritize the needs of poor, women, and vulnerable communities.

Meanwhile, Mitzi Jonelle Tan, convener of Youth Advocates for Climate Action Philippines (YACAP), calls on the world’s major carbon emitters to take responsibility for and act against the climate crisis.

"We are calling out the world’s major carbon polluters. You have a responsibility to the entire world, especially to us most affected. We, Filipinos, are among the most impacted, ranking second in the latest Global Climate Risk Index, yet our contributions to greenhouse gas emissions are so little.

We need to put people over profit and any politician who cannot prioritize this, needs to step down now. We will not stop until we have a better, greener future for all," she says.

On September 25, climate advocates from the Philippines joined the rest of the world in staging simultaneous strikes and events for the ‘Global Day of Climate Action’.

The media brief ‘Confronting Carbon Inequality’ by Oxfam International and the full research report and data on which is it based is available here: https://www.oxfam.org/en/research/confronting-carbon-inequality