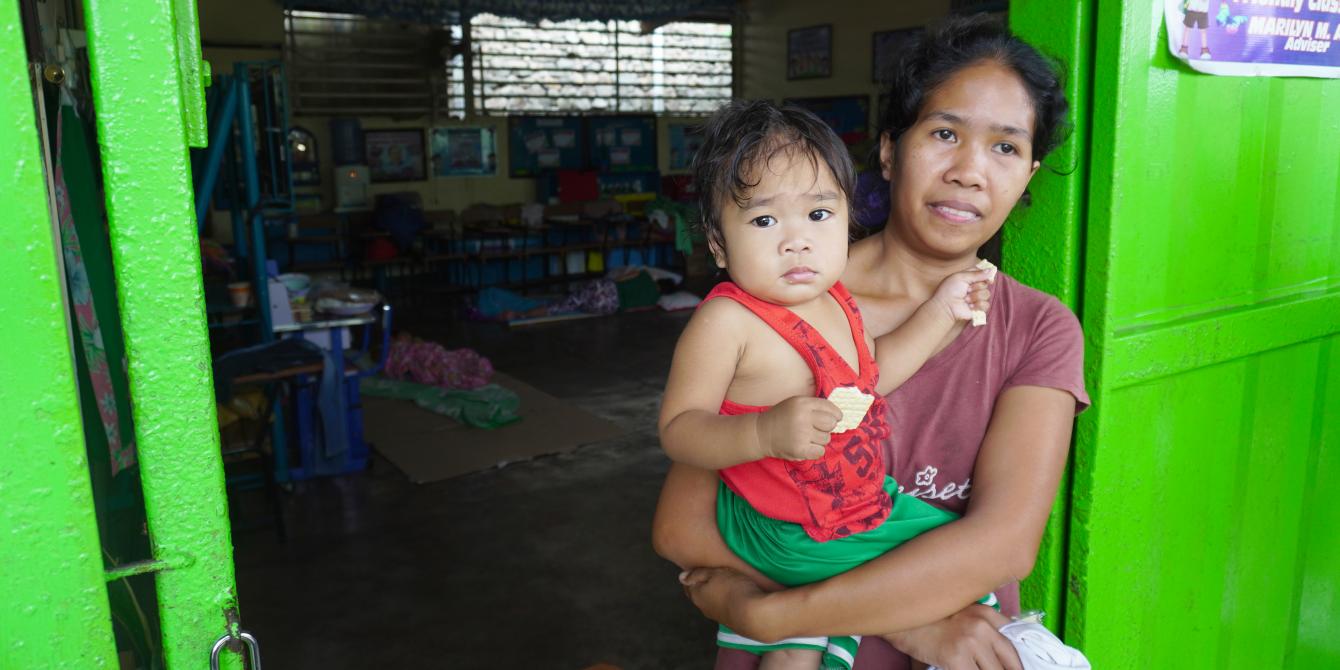 Latest figures released yesterday by the National Disaster Risk Reduction and Management Council (NDRRMC), a multi-sectoral disaster management working group established by the Philippine government, show that 77,438 people were affected in the nearby provinces of Batangas, Laguna, and Cavite, of which a total of 66,262 persons, or 15,047 families, are displaced and have sought temporary shelter in 283 evacuation centers. These numbers are expected to increase as assessments are still ongoing.

“We laud the outpouring of support for displaced communities that has helped tide over many of the evacuees in the first few days since the alert was raised.  In the face of a prolonged displacement, however, much more needs to be done to ensure life-saving needs of evacuees are met effectively, and making sure no one is under served,” said Lot Felizco, Oxfam Philippines country director.

“These include improved needs assessments and coordination of relief distribution, tracking of displaced communities, management of evacuation centers, and reaching those who are not in designated evacuation centers. It is a concern that some of the evacuation centers are actually within the 14-kilometer radius hazard zone," she added.

Oxfam said that the extensive damage to crops, fishing grounds, and livestock wrought by the volcanic eruption and earthquakes has resulted in loss of livelihoods, as the group also urged early planning for the recovery of affected communities.

As of January 17, The Department of Agriculture and the Bureau of Fisheries reported that 15,790 hectares and 1,923 animals have been affected, with the total agricultural damage estimated at PhP 3.06 billion (approximately more than USD 6.09 million), of which losses to the fisheries sector amounted to PhP1.6 billion.

“Oxfam is deeply concerned about the farmers and fishers who have lost their means of livelihood. Communities in the vicinity of the volcano have nowhere else to live, eking out a meager living, and possessing very few assets. We have spoken to survivors who had taken out loans for livestock, which have now been lost, leaving them indebted and with no means to repay," Felizco pointed out.

According to Esteban Masagca, PDRRN Executive Director: “We are reminded of the lessons learned from the Mt. Pinatubo disaster, a mere 89 miles from Taal’s eruption, which killed more than 800 at the time. Almost three decades on, appreciation of the importance of disaster management in all levels of government and in communities has increased. However, the Philippines cannot let its guard down because the current alert status remains only one step below the highest possible level. Precautionary measures must be in place to prepare for the ‘worst case scenario’, which could devastate an even larger area, harm more people, and overwhelm current systems.”

“We will continue to work closely with local humanitarian networks in supporting the government and affected communities to ensure that the immediate needs of survivors are addressed effectively and immediately,” Felizco assured.  ##END##

Oxfam is an international confederation of 19 organizations working together with partners and local communities in more than 90 countries. Oxfam has been working in the Philippines for 30 years to address the underlying causes of poverty through its various programs on economic justice, conflict transformation, gender justice, and humanitarian response. See: https://philippines.oxfam.org/

People’s Disaster Risk Reduction Network (PDRRN) is a Pampanga-based non-profit organization established in 1991 right after the Mount Pinatubo eruption. PDRRN, which evolved from serving communities in Pampanga to relief operations across the Philippines, works in partnership with the most vulnerable population groups to effectively protect them from harm during emergencies and disasters. See: https://www.facebook.com/pdrrn/