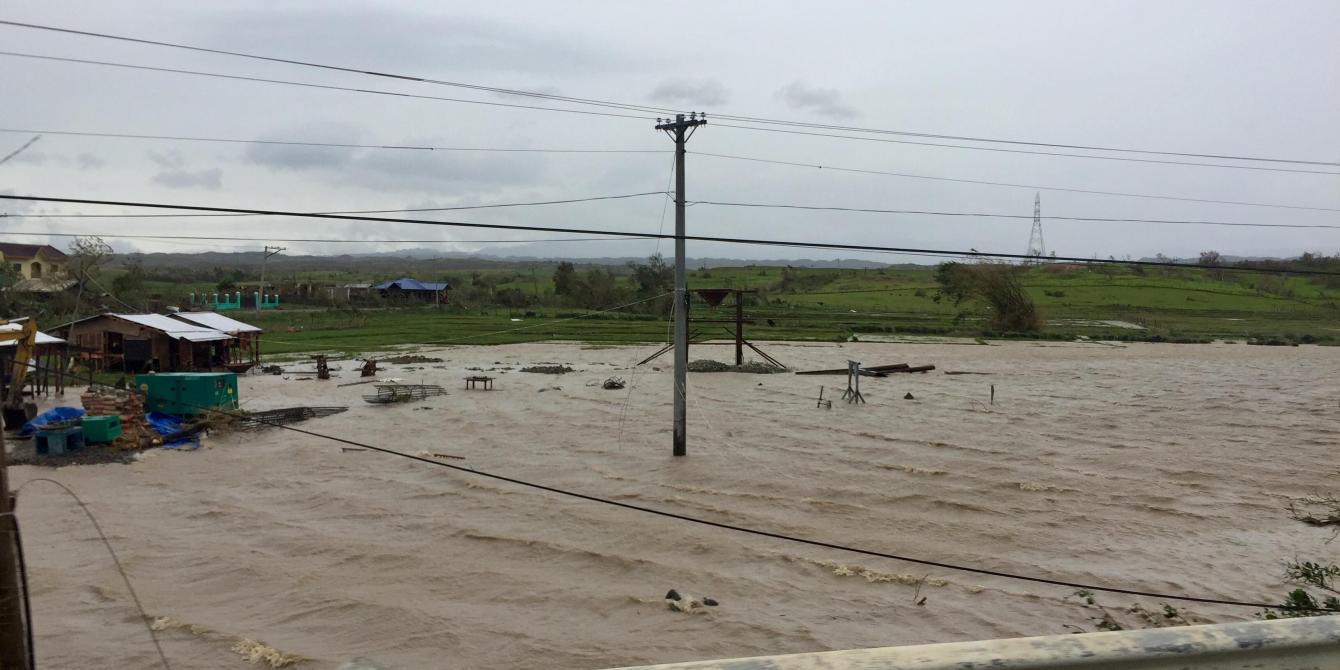 Tuguegerao City – In the aftermath of Typhoon Mangkhut, Oxfam, the Citizens' Disaster Response Center (CDRC), and Cagayan Valley Disaster Response Center have identified that the immediate needs of people affected are clean water and shelter. A truck carrying clean water and jerry cans is being sent to the region today. Oxfam is also preparing to distribute materials for shelter repair, including tarpaulins and ropes. There are significant logistical challenges to delivering immediate support as rains and landslides have damaged critical infrastructure, making assessment difficult in some areas. Roads, bridges, powers lines, and cell sites are down.

The teams have been visiting towns in the northern coastal area of Cagayan, towns along the Cagayan River, and in the neighbouring province of Isabela. Cagayan, Isabela, Kalinga, and Apayao seem to be some of the worst hit regions at this point, with significant damage to shelter, infrastructure, and agriculture.

Oxfam responder, April Bulanadi said “Thousands of evacuees are currently staying inside churches and schools. Survivors have told us that families in some evacuation centres can only drink from hand pumps which are a kilometre away. Some have brought bottled water but supply is limited. Clean water is an urgent priority." Based on the results of initial assessments, the identified immediate needs in addition to clean water and shelter include food, hygiene kits, and cash transfers as people have lost their sources of income.

Bulanadi continued “The bridge in Sta. Barbara Piat, which connects to other towns in Cagayan, is impassable. What I thought was a river in Iguig town turned out to be a completely submerged rice field. While I was able to see some farmers desperately harvesting crops the day before the storm hit, it was clear many were not able to do so. This is heartbreaking because it was supposed to be harvest season next month. This will have devastating impacts on small farmers, many of whom are still recovering from Typhoon Haima in 2016.”

William Quillopo, who lives in a coastal community in Aparri, Cagayan showed Bulanadi the spot where his house used to stand. When asked if he was able to save any of his possessions, Quillopo said "I was not able to save anything. Not a single thing.” He said that Super Typhoon Mangkhut is much stronger than Typhoon Haima, which also hit his community in 2016.

Agriculture Secretary Manny Piñol said a total of 1.5 million farmers and over 100,000 fishing communities could be affected by the typhoon. Rice could suffer losses amounting to PhP 3.6 billion (nearly £51 million) on a moderate estimate, or up to PhP 7.9 billion (£112 million) in a worst-case scenario. Corn crops could suffer PhP 2.7 billion (£38 million) in losses under moderate conditions, or up to PhP 3.1 billion (nearly £44 million).

As of today, the full extent of damages has yet to be determined, as many areas especially in the Cordillera Administrative Region are still unreachable. Mikhail Valle, Executive Director of CDRC confirmed that: “It will take a few more days to get a more comprehensive picture because floods, siltation and mud from landslides, and storm debris are limiting access.”

Maria Rosario Felizco, Oxfam Philippines Country Director said “Addressing immediate needs are crucial to ensure the immediate safety and dignity of survivors, so we are prioritising the distribution of water and shelter materials. But we must also anticipate that the survivors of Typhoon Mangkut, especially small fishers and farmers who have lost their source of income, will need support far beyond the first few days of this response".

Spokespersons in the field:

For media inquiries and coordination: 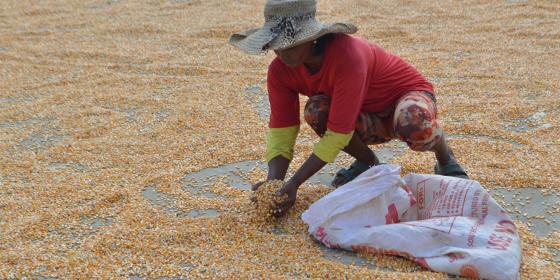 On October 19, super typhoon Haima or Lawin as it is locally known, struck the Philippines, leaving a trail of destroyed houses and buildings, as well as damaged lowland and upland agricultural lands in its path. Many communities affected in northern Luzon are still reeling from the effects of the...