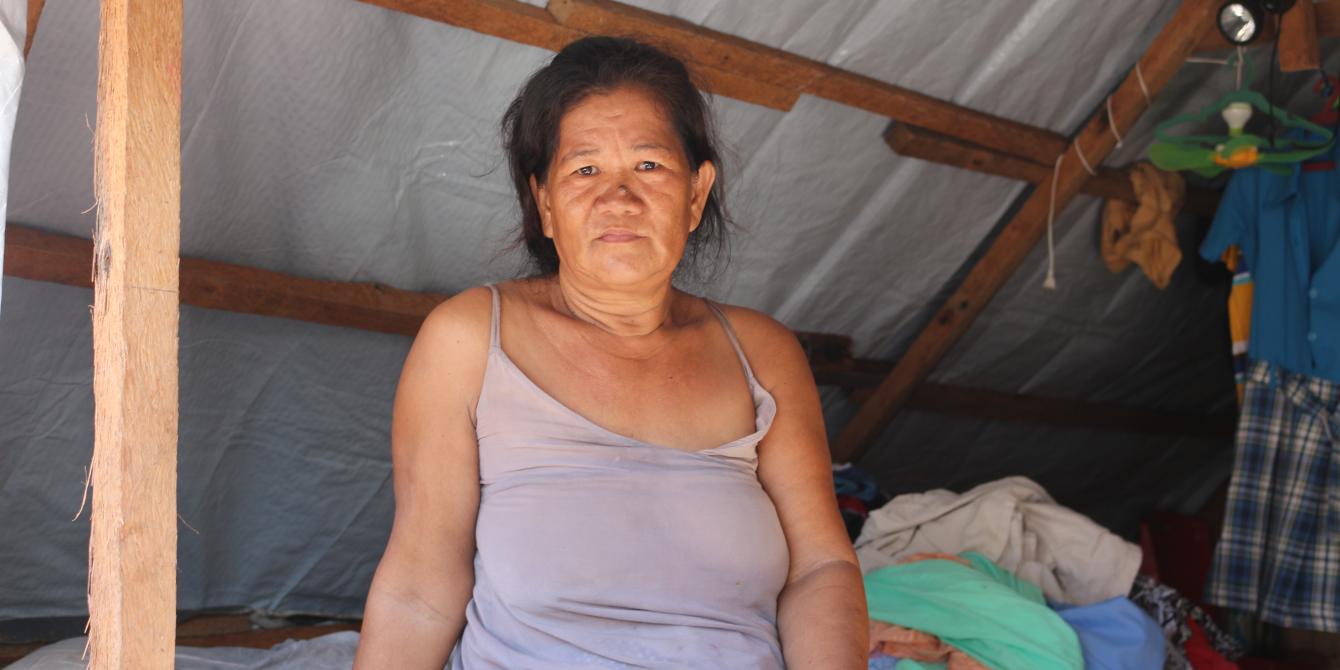 Nearly a week after the devastation wrought by Typhoon Phanfone (local name: Ursula), which made seven landfalls mainly in Central Philippines between December 24 until the afternoon of December 25, humanitarian agency Oxfam and its partners say that early assessments by staff and community partners indicate that water supply disruptions and contamination, destruction of toilets and other sanitation facilities, and exposure to disease vectors increase health risks of Phanfone survivors.

Oxfam Philippines Country Director Lot Felizco called for continued vigilance and urgent support for the communities due to the likelihood of post-disaster threats.

“The loss of critical facilities, vulnerabilities from lack of adequate food and shelter, and ongoing displacement as a result of Typhoon Phanfone increases risks of disease outbreaks. We must continue to remain and prepare for new health threats post-disaster,” said Felizco.

“We will continue to work closely with local government and other humanitarian actors to ensure immediate needs of survivors are addressed effectively, including the distribution of cash relief. Long-term recovery support will be just as important as providing immediate relief needs because there impacts to health, livelihoods, and shelter are also long-term,” said Felizco.

“The families we interviewed have no safe place to sleep and are asking for beddings and mosquito nets. Exposure to infected mosquitoes can prove deadly in areas where houses were destroyed or completely washed away by the storm surge because people will have to sleep in the open. Dengue continues to be a major threat in the affected regions.”

In August this year, the Department of Health (DOH) declared a national dengue epidemic to enable local government units to use their Quick Response Funds (QRF) to address the rising cases of the mosquito-borne disease. The QRFs are built-in budgetary allocations that represent pre-disaster or standby funds for agencies in order to immediately assist areas stricken by catastrophes and crises. According to the DOH, 622 people have died due to dengue as of July 20 this year. These deaths came from the 146,062 dengue cases from January to July, 98% higher than the recorded incidence during the same period in 2018. Phanfone-hit Eastern and Western Visayas exceeded dengue epidemic thresholds in August 2019, with Western Visayas having the greatest number of recorded cases at 23,330.

Raymundo Agaton Jr., Visayas Area Manager of PRRM, said that diarrhea incidents are on the rise in at least two villages in Salcedo town.

“Diarrhea incidents have been reported in at least two villages, Palanas and Cagaut in Salcedo, with children being the most affected. Communities need potable water, clean storage, water disinfectants, and hygiene kits. Potable water sources in the coastal areas are compromised due to salt water intrusion from the storm surges. Electric pumps cannot operate because of the power blackout. Families have had to resort to drinking from dug wells and unprotected springs. Water sources need to be checked for contamination and treated to prevent diarrhea,” said Agaton.

Local governments are currently addressing initial needs but funding has immensely depleted in many of the affected areas due to the Typhoon Kammuri (local name: Tisoy) which hit earlier this month.

According to Agaton: “Local governments in Eastern Samar, like Salcedo for example, are proactively utilizing their calamity funds to address community needs. However, due to the series of emergencies throughout the year, including a typhoon earlier this month, the quick response funds are now depleted. The situation is truly dire because goods supplied will only last for several days more. The communities need help and they need it fast.”

According to Masagca: “Local governments are doing the best they can but resources are stretched to the limit. For example, in Biliran town, food distribution is underway in towns and villages but these are currently limited to evacuation centers due to funding gaps. Government rations are limited and so a family typically receives 1.5 kilos of rice, canned goods, and noodles. However, these are only good for one to two days. Children under five, as well as for pregnant women and new mothers, are at high risk of malnutrition. It is heartbreaking to know that thousands of families will enter this new decade hungry and homeless, and therefore more likely to get sick.”

Known locally as Ursula, Typhoon Phanfone was the 21st tropical cyclone to enter the Philippines in 2019. More than 1.6 million people have been affected, over 260,000 houses damaged, and almost 100,000 people forced to flee to emergency shelters. The death toll is at 48. These figures are expected to rise as assessments are ongoing.

“The effect of Typhoon Ursula [Phanfone] was worse than Yolanda [Haiyan]. During Yolanda, the back part of our house wasn’t destroyed,” said Vergira Rangis. Vergira’s house is one of the 3,386 in the coastal village of Matarinao that were damaged when the typhoon made landfall in Eastern Samar on Christmas eve. Photo credit: Jhie Durana/Oxfam