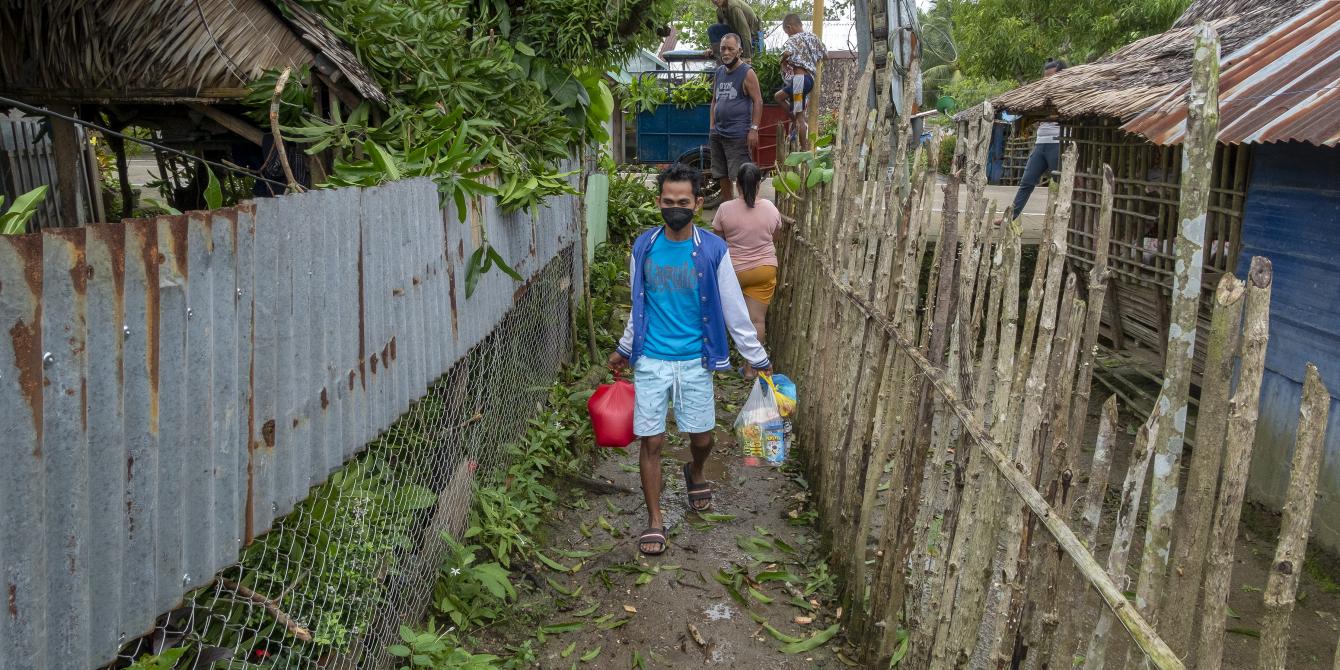 “To strengthen Filipinos’ disaster resilience, we need to move from a post-disaster response mechanism, and instead anticipate disasters and support vulnerable groups such as low-income families, elderly people, single women with children, and people with disabilities,” Felizco said.

“The experience of Salcedo LGU is one of those we are looking at for the scaling up of B-READY. By following the B-READY protocol, an LGU is empowered to decide and make assessments for the need of an activation of the protocol,” Oxfam Financial Inclusion Manager Junver Arcayna said.

“We are glad to be part of the innovative shift to focus on anticipatory action instead of the default post-disaster response. With this project, we are confident that our community is ready to face the coming typhoon,” MDRRMO head Manuel Catuday said.

The B-READY project is an innovation that combines weather forecasting and pre-disaster cash transfer technology that allows communities to protect themselves and minimize damages to livelihoods and infrastructures before a disaster strikes. It is jointly implemented by Oxfam Novib, Oxfam Pilipinas, People’s Disaster Risk Reduction Network, PLAN International, PayMaya, Smart Padala, Global Parametrics, and the Local Government of Salcedo in Eastern Samar, with the donation of Dutch Relief Alliance.

The project is also in partnership with PayMaya and Smart Padala, which help strengthen the cashless ecosystem that allows target groups to access financial aid immediately.

On the other hand, SHARPER project ensures that communities affected by recurrent disasters are capacitated for disaster preparedness, response, and recovery by equipping them to co-lead disaster relief and recovery efforts in collaboration with local authorities.