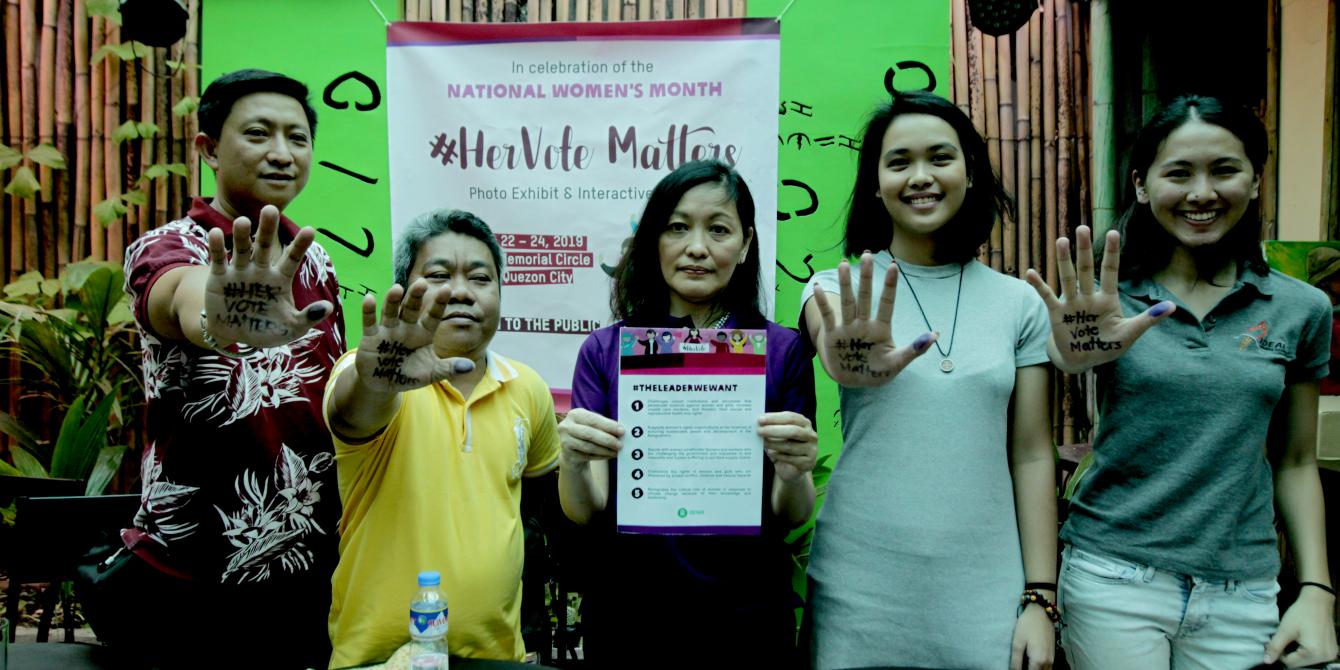 Women’s rights organizations are encouraging voters to elect future leaders who are “ready and willing” to champion solutions to pressing issues faced by women.

At a press launch on Friday in celebration of the National Women’s Month, a five-point feminist policy agenda that must be addressed by political aspirants and future government leaders was presented.

Leaders were asked to “challenge unjust structures that perpetuate violence against women and girls.”

These include conditions that increase unpaid care work burdens, threaten sexual and reproductive health and rights, and allows child, early and forced marriages.

“We have yet to see the full implementation of the Responsible Parenthood and Reproductive Law despite its enactment six years ago. The truth is that a lot of women from far-flung communities still have no access to reproductive health services and information,” Pambansang Koalisyon ng Kababaihan sa Kanayunan (PKKK) Secretary General Amparo Miciano said.

Data from the 2017 National Demographic and Health Survey showed that 9.7 million girls aged 10 to 19 in the Philippines will most likely be mothers by age 19.

The same survey also showed that the teenage pregnancy rate in the country is considered the highest in Southeast Asia, contributing to a higher mortality rate at 114 deaths per 100,000 live births.

Sittie Mohamad of the Al-Mujadillah Development Foundation based in Marawi added that child marriage is still practiced in the Philippines and is usually observed in indigenous and Muslim communities despite the presence of international and national legal frameworks that set the minimum age for marriage at 18.

“Child marriage is a violation of human rights, and it has negative impacts on the health and development of children, especially girls,” Mohammad said.

The groups also asked leaders to address the inequality in food supply chains, where small scale farmers, mostly women, often do not earn enough for a decent standard of living.

They also appealed for support to women working for peace in Bangsamoro, and those displaced by armed conflict and natural disasters.

It is also important to “recognize the critical role of women in response to climate change because of their knowledge and leadership.”

The five-point feminist agenda was presented during a photo exhibit, highlighting women’s issues, which was jointly launched by the international development organization Oxfam and the Photojournalists Center of the Philippines. The photo exhibit is open to the public at the Quezon City Experience in Quezon Memorial Circle in Quezon City until March 24.

“Women’s rights are human rights. It is important to have leaders who are ready and willing to champion the rights of women and girls,” Oxfam in the Philippines Country Director Lot Felizco said.

Oxfam, together with the Women and Gender Institute of Miriam College, also organized a two-day women’s summit, which gathered women’s rights organizations.

Oxfam is a global non-profit organization working with more than 30 partners to address the underlying problems of poverty and inequality for the past 30 years in the country.