In a historic and unanimous vote among Senators, Senate Bill 1373, also known as the ‘Girls Not Brides Act’ has passed the third and final reading on Monday, November 9.

This declaration came on the heels of the first-ever online Girl Defenders Solidarity Rally last October 9, 2020. The event was also an observance of the annual Day of the Girl, celebrated every October 11.

Advocates also consider this a symbolic win, as November is “National Children’s Month,” while November 25 is the start of the 18-day campaign to end Violence Against Women and Children (VAWC).

Soon after the Senate's announcement, members of the Girl Defenders Alliance launched a ‘ZoomLidarity Celebration’, attended by government agencies, child and women's rights organizations, and youth campaigners. The event was supported by Oxfam’s Creating Spaces Project, being implemented in the BARMM, particularly in the provinces of Maguindanao and Lanao del Sur, by two local women’s rights organizations, Al-Mujadilah Development Foundation (AMDF) and UnYPhil-Women. Its two national NGO partners are the Philippine Legislators’ Committee on Population and Development (PLCPD) and the Philippine Business for Social Progress (PBSP).

As stipulated in the law, marriage between a minor and an adult will be considered child abuse, hence, a crime. The penalty is prision mayor or imprisonment of 6-12 years and a fine of no less than PHP 40,000.

Those who solemnize the child marriages will also be penalized. Persons who are proven to have officiated unions involving a minor will face 8-10 years imprisonment, a fine of PHP 40,000, and disqualification from office if he/she is a public official.

The law also imposes stiff penalties on relatives who commit the crime. If the perpetrator who enters a child into forced or early marriage is related to the child, whether as a legal guardian or blood relative, he/she will face 6 to 12 years in prison and a fine of PHP 50,000. They would also automatically lose legal rights over the child.

Child marriage in the Philippines

There are an estimated 726,000 child brides in the Philippines, making it the 12th highest in the world in terms of absolute numbers.

While poverty and inequality are considered the top drivers of early marriage, other emerging factors significantly contribute to the increase in cases.

A 2019 survey by the Oxfam-led ‘Improving Availability of Reproductive Health Services in the Autonomous Region in Muslim Mindanao’ or the ARCHES Project, showed that 253 or 24 percent out of the 1,058 respondents coming from Lanao del Sur, Maguindanao, and the BaSulTa regions (Basilan, Sulu and Tawi-Tawi) were cases of child marriage, and 97 percent of them involved girls.

"While these reports are extremely troubling, they are not surprising. The risk of child, early and forced marriage increases in humanitarian settings. Therefore, the Covid-19 crisis and its far-reaching impacts underscore further why measures to protect the girl child must be prioritized," says Oxfam Pilipinas Country Director Lot Felizco.

"We stand with our fellow advocates, and rejoice in the recent passage of the ‘Girls Not Brides Act.’ We commend Senator Risa Hontiveros, who took the lead in safeguarding the rights of children, especially young girls, and the Girl Defenders Alliance for standing firm in this advocacy, she adds.

Primary author of the bill, Senator Hontiveros says the practice of child marriages can also be attributed to social norms in communities where entrenched gender inequality is common.

"This gender inequality plays a key role in making girls disproportionately affected by this cultural practice. Female children are falsely seen as contributing less to the household, and is expected to eventually leave to join the family of her husband making them of less value than male children," says Hontiveros.

According to Hontiveros, the Department of Social Work and Development shall be the lead duty-bearer in the implementation of the law.

In an earlier statement during International Day of the Girl Child, Atty. Hannah Magondato, representative of MP Hadja Bainon Guiabar Karon, the chair of the Regional Commission on Bangsamoro Women, said that the Bangsamoro Women Commission supports the bills filed in Congress that would abolish child marriage. Further, they are seeking to amend the Code of Muslim Personal Laws that has been used as a basis for enabling child marriage in the country.

“Child marriage is a complex issue involving poverty, lack of education, and culture. In the Bangsamoro, child marriage happens because it has been a practice from one generation to another. We will, therefore, submit a resolution calling for the amendment of PD 1083 or the ‘Code of Muslim Personal Laws’, especially Article 16, so there will be no legal basis for child marriage,” said Magondato.

Apart from the proposed ‘Girls Not Brides Act’, three other bills were filed in the House of Representatives seeking to penalize facilitators of child marriage and create mechanisms to transform harmful attitudes and stereotypes underpinning violence against young girls. These were filed by Representatives Josephine Lacson-Noel, Alfred Vargas, Bernadette Herrera-Dy, and Edcel Lagman. The bills have been referred to the Committee on the Welfare of Children and are awaiting committee deliberation.

“All eyes are now on the House of Representatives. We need to bring this measure to the finish line. Once enacted into law, this landmark legislation will help protect the rights of young girls, defend them from different forms of abuse, and allow them to flourish and live to their fullest potentials, ends Felizco.

The approved bill will be sent to the House of Representatives for the same process. Once it’s passed in both the House and Senate, it will go to the President who has the power to veto or approve the bill into law. 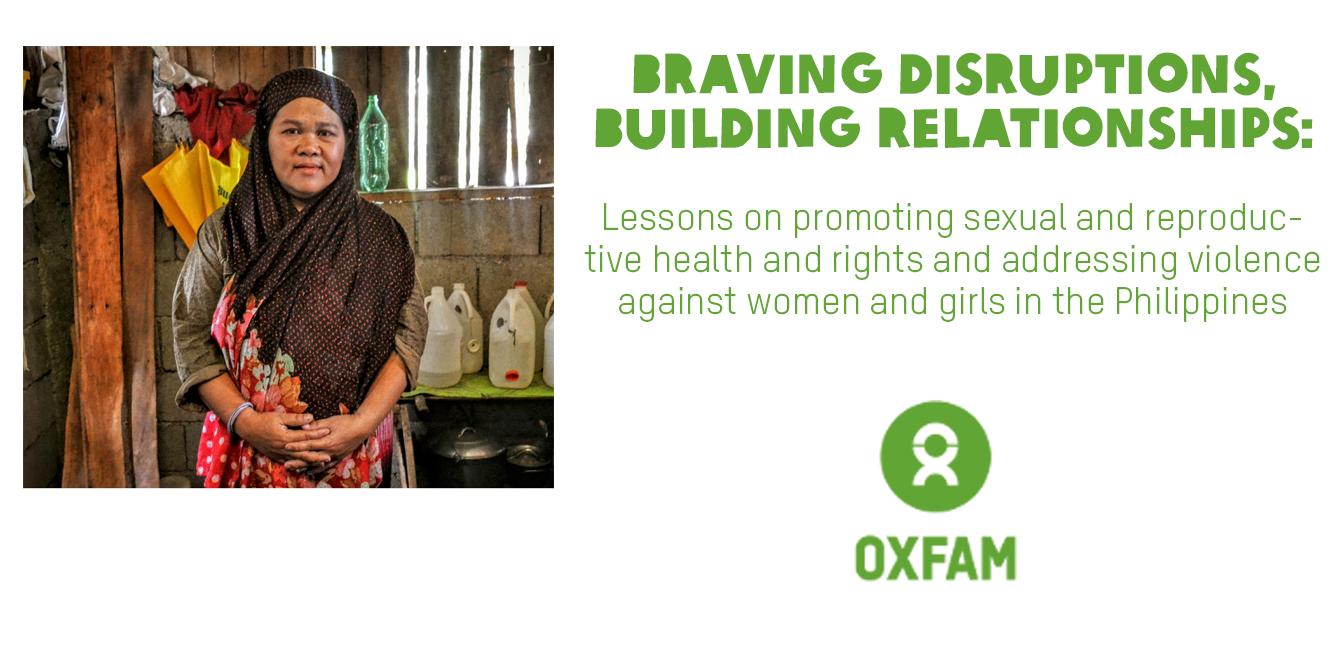 Braving Disruptions, Building Relationships: Lessons on promoting sexual and reproductive health and rights and addressing violence against women and girls in the Philippines