Stories of Health Champions: Health is the Priority 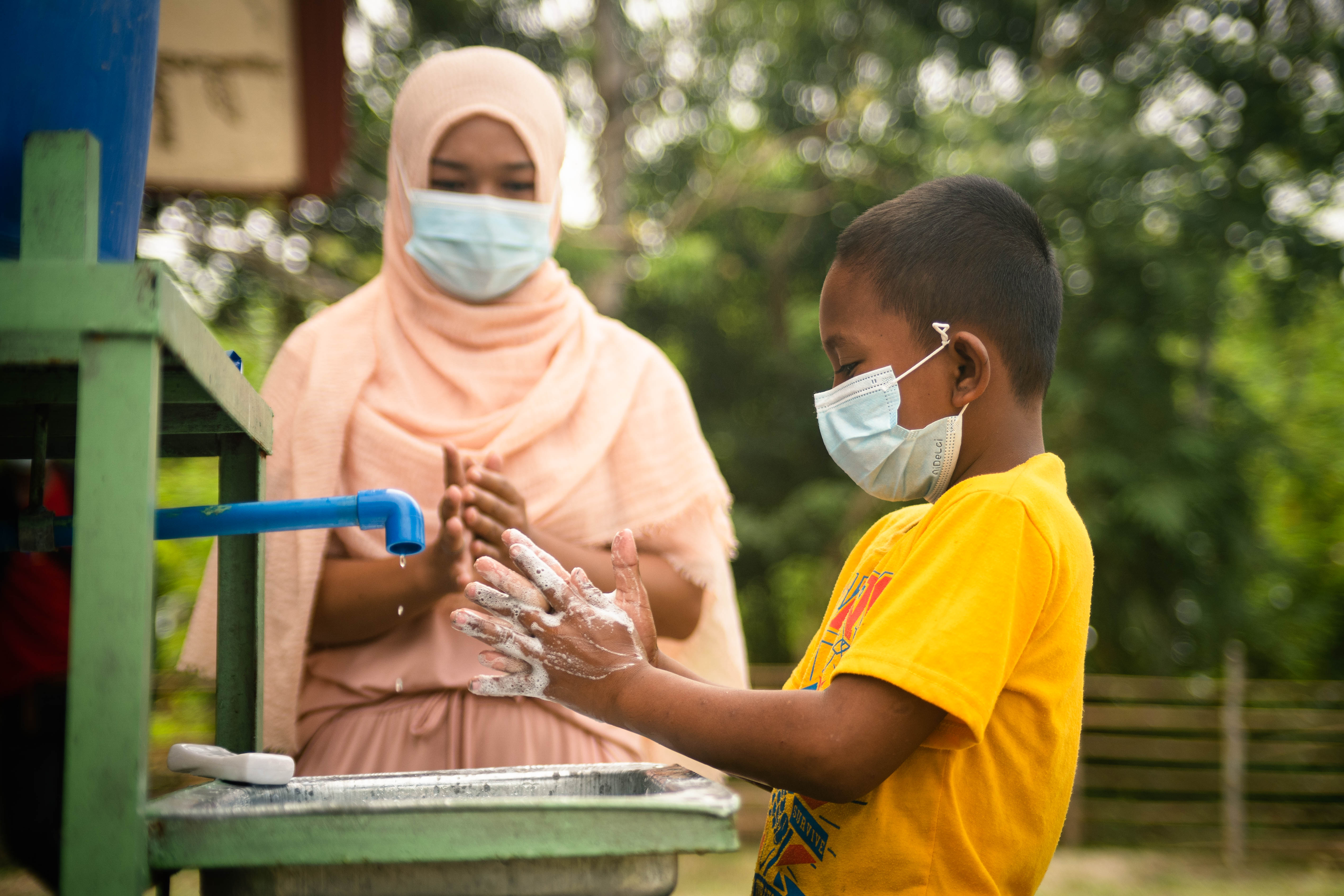 Gloria, 19, is processing her passport and work papers in Metro Manila when the Philippine Government declared a nationwide lockdown due to the COVID-19 pandemic. At a young age, she seeks work opportunities abroad to support her two-year-old son and her parents. Trapped in the capital region, Gloria decided to go home to her family in Sultan sa Barongis (SSB), Maguindanao. Later on, through the HBCC project, she became one of the Mum's Magic Hands (MMH) Champions.

Before the HBCC project, Gloria is a nutritionist in SSB. The lack of knowledge on proper handwashing and improper disposal of garbage leads to the surge of diarrhea and fever cases, particularly among children. A positive change happened when the HBCC project, a COVID-19 response, was implemented in the community.

"The project significantly affected the decrease in the number of fever cases and elimination of diarrhea cases reported from the 4th quarter of 2020 until to date. People learned about proper handwashing and segregation of trash."

"Before, I am embarrassed to speak in front of a crowd, but through the MMH intervention, I am now encouraged to teach more."

As an MMH champion and a nutritionist, Gloria hopes that women choose to be leaders in the community and share their knowledge.

"I am happy with the project because this is the way I can help my community. I hope there is a second part of this project."

Gloria is willing to suspend her plans on working abroad to assist her community in having a healthier and safer environment.

This story is written by Princess Taroza and is part of the UNILEVER/DFID Hygiene Behaviour Change Coalition (HBCC) Project implemented by Oxfam, Philippine Rural Reconstruction Movement (PRRM), United Youth of the Philippines - Women (UnYPhil-Women), and Initiatives for Dialogue and Empowerment through Alternative Legal Services (IDEALS, Inc.) in Maguindanao.
Tags:
hygiene and sanitation
COVID-19
WASH in Emergencies 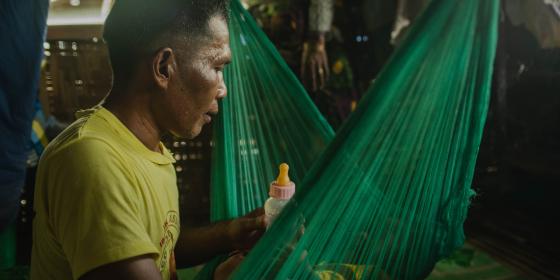 Stories of Health Champions: All Genders in Care Work

When Ibrahim's wife sought work opportunities abroad, he carried the challenges of being the primary caretaker of his two-year-old son, Datu Nursalam, alongside with doing most household chores such as doing the laundry, meal preparation, and washing the dishes. 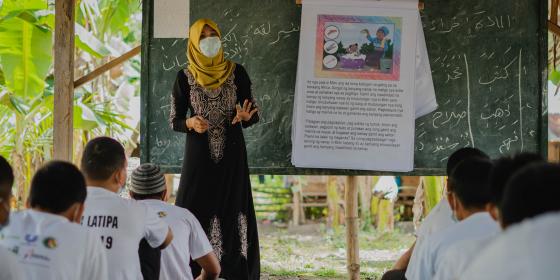 Stories of Health Champions: No One Gets Left Behind

Norhaimin's barangay, a conflict-affected area in Shariff Saydona Mustapha (SSM), Maguindanao, does not have access to hygiene facilities, such as handwashing and comfort rooms. It is a designated evacuation area for families caught in between war among armed groups