No longer in the dark: Solar lamps help women in Maguindanao evacuation camps earn a living 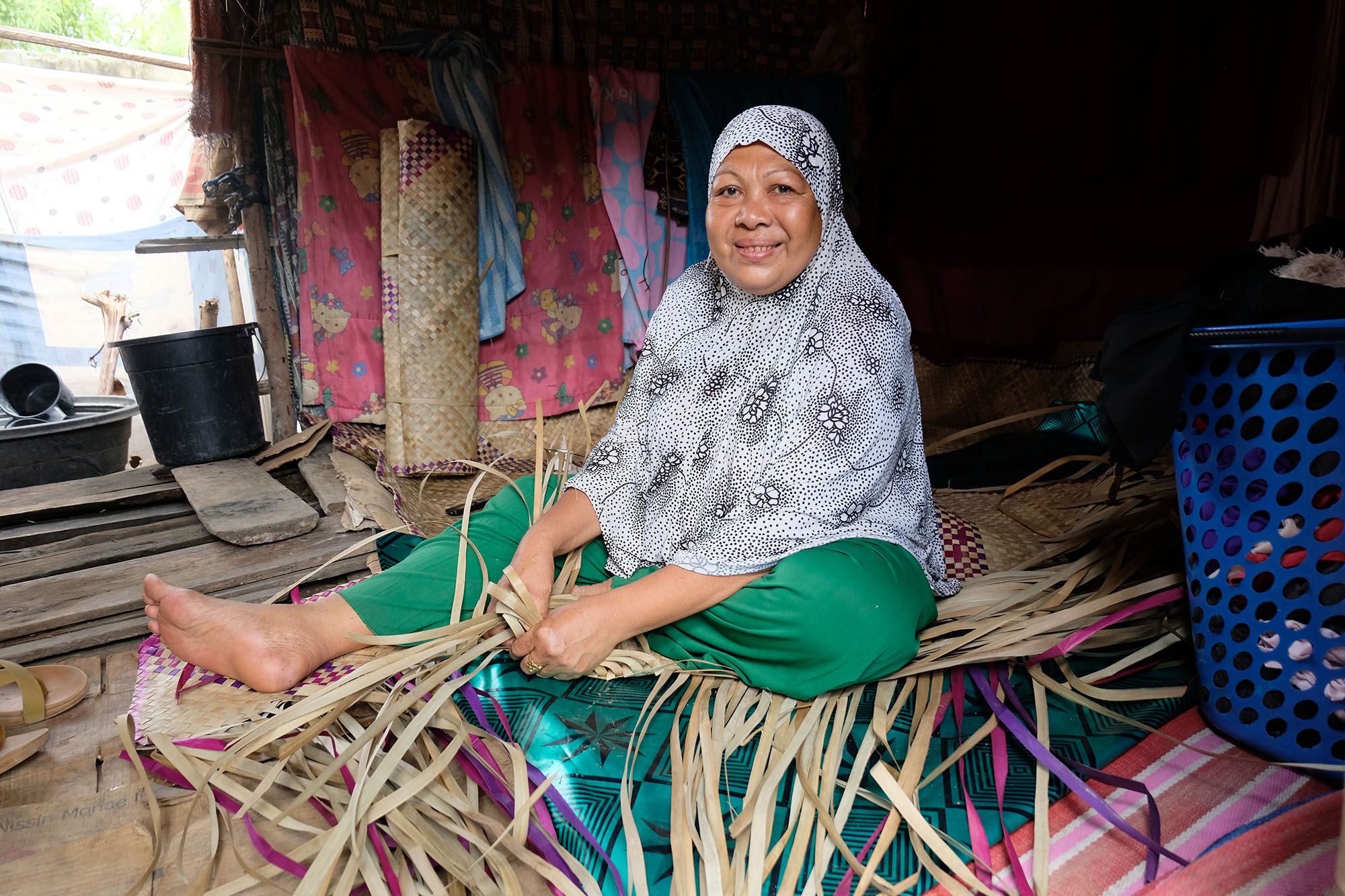 Mat weaving is helping internally-displaced people such as Anina Mahamad earn some money while staying at the evacuation center in Datu Hoffer, Maguindanao. The lamps were provided for by the REACH Project. (Photo: Bong Sarmiento/Oxfam)

For the last 4 months, Uri Bandao has remained productive despite the difficult situation her family and at least 160 others have endured at an evacuation camp in Datu Hoffer, Maguindanao province.

Prior to their displacement due to clashes between government forces and armed men, the 46-year-old mother of 6 and wife of a “payong-payong” (tricycle) driver ran a sari-sari (mom-and-pop) store in their hometown.

Now living in an evacuation site 30-minutes away from her home in Datu Unsay, Uri decided to re-open her store.

Because the evacuation camp has no communal lighting system, walking or moving around at night has become a difficult task. Not surprisingly, Uri’s store loses customers at night as people choose to instead huddle in their respective makeshift tents to sleep early. Most of them either use gas-fueled lamps or flashlights from cheap cigarette lighters to see each other or to answer the call of nature at night.

Fortunately, the families in the camp recently received portable solar-powered lamps through the "Response to the Unmet Humanitarian Needs of the Most Vulnerable Conflict-Affected Population in Mindanao” or REACH Project that is implemented by Oxfam, United Youth of the Philippines-Women, Community Organizers Multiversity - CO Multiversity, IDEALS, Inc., CARE Philippines, ACCORD Incorporated, and Action Against Hunger Philippines, with support from EU Civil Protection & Humanitarian Aid - ECHO.

For Uri, the solar-powered lamp means more income opportunity, as she can run the family’s small sari-sari store even at night as their tent has become brighter, illuminating even the surroundings outside.

“Business became better because of the solar-powered lamp. We have bright light in the evening. I can clearly count the money my customers pay, as well their change,” she said.

Children would even troop to her store to buy “chichirias” (snacks) at night due to her longer store hours made possible by the solar-powered lamp.

“I could earn an average gross sale of P300 (about US$6) daily due to the longer store operations,” she said, adding that her small profit is enough to augment the income of her husband to meet the basic daily needs of their family.

Before she got the solar-powered lamp, Uri’s family, like others at the evacuation camp, used gas-powered lamps. The lamps were not that bright and also posed danger to the camp as they are fire hazards. Before sleeping, they had to make sure that the gas lamp was off to prevent accidents from happening.

Unlike the solar-powered lamp that entails no cost for charging, Uri says they usually spent P100 (US$2) every 10 nights for the gas fuel.

Nasser Kahal, the village chairperson, said the solar-powered lamps also boosted the sense of security at the evacuation camp.

“The “bakwits” (evacuees) can see even in darkness because of the solar-powered lamps. They are a blessing for the IDPs (internally-displaced persons),” he said.

Nasser expressed hope that the IDPs can go back to their homes in Datu Unsay town sooner.

But even if military authorities have not yet given the security clearance to return home, at least 73 families have decided to go back so they can tend to their farms.

Nasser said that of the 242 families who evacuated last March, 169 have remained at the camp so far.

Like Uri, the solar-powered lamp also benefited the livelihood of Zulaika Lamikan, 53, a displaced “ikam” or mat weaver.

She said she can weave even at night with the bright light illuminated by the solar-powered lamp, which is far better than the dim orange light emanated by the gas lamps she had since hidden in a bag.

Zulaika, who has been weaving since her teens, said the mats she produced helped augment the meager income of her husband, who is a farmer.

“Sukran (thank you). The solar-powered lamp is a tremendous help. It allows me to weave mats in the evening,” she said.

This year’s celebration of the annual World Humanitarian Day on August 19 puts a spotlight on the climate emergency, which mostly affects the vulnerable groups around the world. While it will be hard to reverse the effects of human-driven climate change, the use of renewable energy, such as solar lighting and power systems, will help reduce carbon emissions and help mitigate global warming. 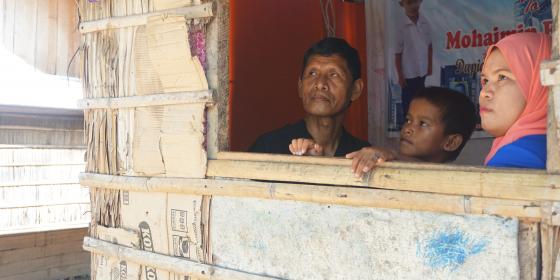 Maguindanao is a Forgotten Crisis

When a humanitarian emergency fades from the headlines there is a tendency to forget that many people displaced by armed conflict continue to face difficulties and uncertainties to survive. This World Refugee Day, just like many days before, we stand together with thousands of internally displaced... 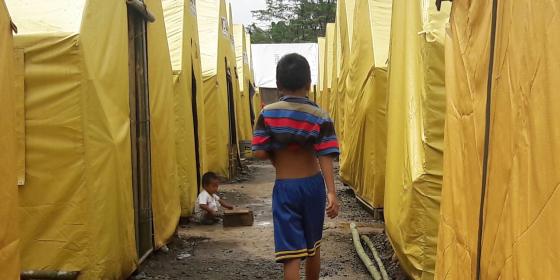 Ahmed is seven. His father Zaldy said the boy is fond of lamps that each night in their house in barangay Lilod, Marawi City, Ahmed always wanted the LED lights turned off so he can have the soft glow of the lamp when he does his homework or read something before he sleeps.

Oxfam is one with civil society organizations and humanitarian agencies in calling for the immediate end of violence and hostilities in the Bangsamoro region, including those in Sulu, Basilan, and Tawi-tawi, where armed conflicts happen.