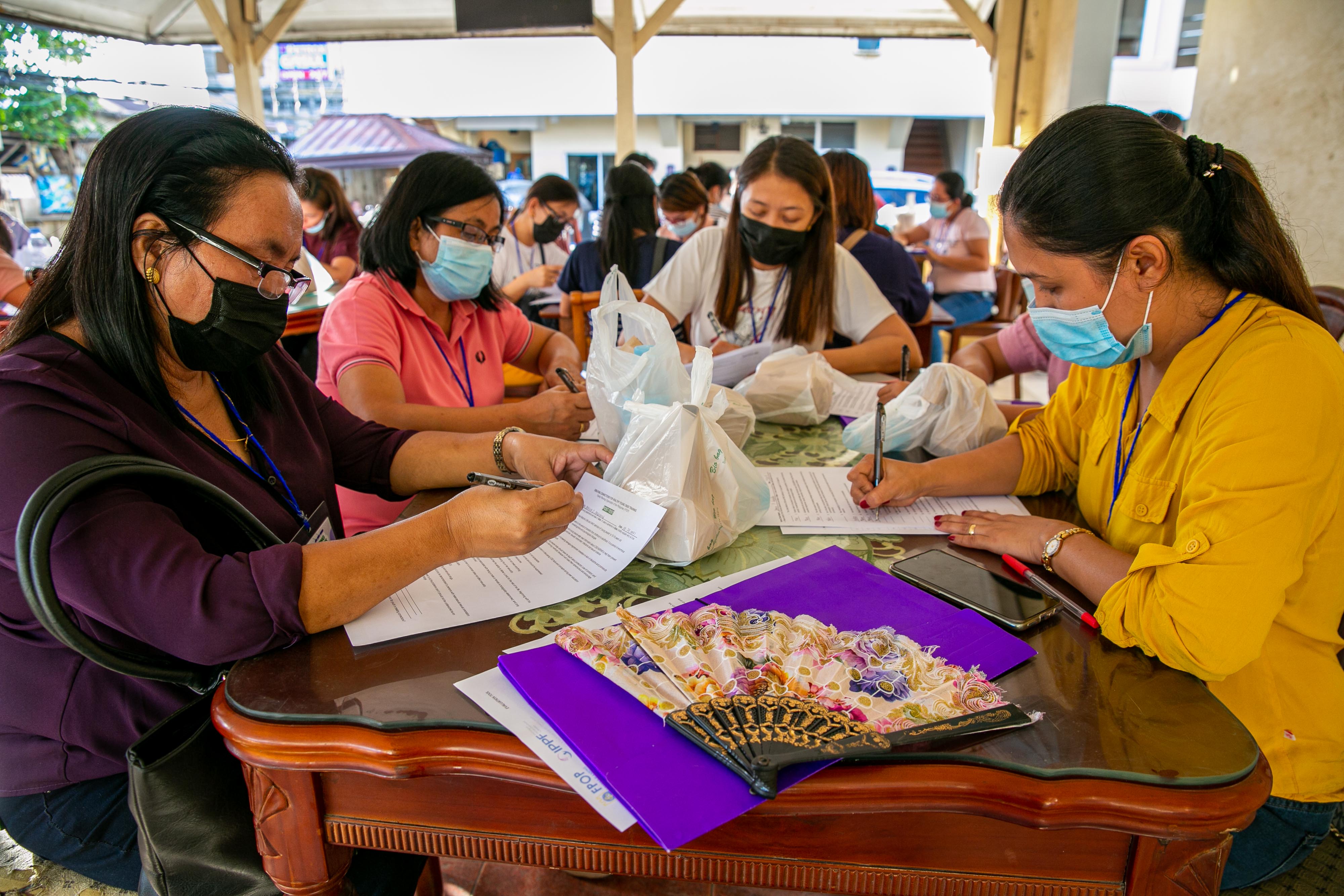 Teenage is the common age to become a parent in a poor village in Sta. Margarita Town in Samar province where  teaches.

“Many children do not stay as young people for so long. A lot of young girls get pregnant before they reach the legal age,” she said.

Janita knew that early parenthood is a social problem but she admitted that “I used to ignore this fact because it is an accepted practice especially in poor villages.”

The 37-year-old elementary teacher was one of the participants of a training program on ‘sexual, reproductive health, and rights’ (SRHR) that was conducted by Family Planning Organization in the Philippines (FPOP) in Calbayog City in April.

The training program under the Sexual Health and Empowerment (SHE) Project re-introduced Janita to topics such as gender-based violence, HIV/AIDS, and sexuality.

It also gave her an overview on existing laws in the country that cover gender, reproductive health, and sexual rights.

Janita said SRHR is an unfamiliar topic in the village where she teaches, more so, the laws that provide protection to women and children.

“A lot of people, if not all, in Canmoros village do not know about these things. Only a few might know about reproductive health and contraception,” she said.

She said the lack of access to this information is evident in the number of teenage pregnancies in the village.

“Cases of early parenthood won’t happen If young people are well-informed,” she said.

About 12 million girls aged between 15 to 19 years, and at least 777,000 girls under 15 years, give birth in developing regions globally.

The United Nations Population Fund reported that the Philippines has the highest number of teen pregnancies across Asia in 2016.

It added that one in 10 young Filipino women aged 15 to 19 is already a mother.

The Philippines’ Commission on Population and Development (POPCOM) said that the number of pregnant children aged below 15 “has doubled in the past 10 years.”

In February, POPCOM said the country recorded a seven percent increase in births among girls aged 15 and below in 2019, compared to the figure for teenage pregnancies in 2018.

Janita plans to re-echo some of the topics that she learned from the training to the community members and translate some of it in a language that her students can understand.

She said bringing the topics surrounding SRHR in the country to the poor, geographically disadvantaged  communities is “the first step in addressing” the gender- and health-based problems.

Republic Act No. 10354 or the Responsible Parenthood and Reproductive Health Act of 2012 mandates the inclusion of Comprehensive Sexuality Education (CSE) in the country’s academic curriculum.

However, CSE is not fully implemented in all elementary and secondary schools in the country due to the lack of the Department of Education’s “standardized curriculum.”

In December 2020, POPCOM announced that CSE will be included in online learning modules in the 2021-2022 school year.

Since October last year, the Department of Education has been conducting sessions and discussions for the inclusion of sex education in the learning modalities.

Janita also noticed that apart from the lack of access to information, young girls and women in her village have no easy access to facilities that provide gender and sexual health services.

In many parts of the country, women and children have to travel to the cities or town centers to access gender and reproductive health services from the government.

The pandemic, however, made it impossible for women in far-flung areas to reach these facilities due to travel and movement restrictions.

Another problem is the “shift in priorities” among the frontline healthcare workers as a response to the pandemic.

In a study published by Oxfam Philippines, 74 percent of survey respondents “confirmed that their village health center is the easiest health service to access.”

But many women and young mothers are prevented from going to rural health facilities because of the strict health and safety protocols to quell the spread of COVID-19.

“The fear of contracting the virus, strict health and safety protocols, unreliable transportation facilities, and high costs have compounded the problem,” Oxfam said.

April Ann Bulanadi, Oxfam’s policy, advocacy, and communications manager, said these social structures and policies, with or without the pandemic, “are structural violence that harm women and children by preventing them from accessing their basic needs.”

Last year, Oxfam and other civil society organizations urged the Philippines government to “integrate a 'gender lens' into its COVID-19 programs, given the disproportionate impact of the pandemic on women girls.”

The groups called for a COVID-19 intervention that is “gender-responsive and sensitive to protection issues.”

Cecilia de Casto-Villa, SRHR Specialist of Oxfam Philippines, said SRHR is part of human rights, “therefore, services and information that surround it should be available and accessible to all women and children.”

She said SRHR as basic rights must provide protection to women and children against any form of violence or abuse.

Villa said SHE Project aims to fill the gap in information dissemination about SRHR.

“The project intends to inform the public of their rights and encourage them to demand the government to provide those services,” she said.

For Janita, whose profession champions information dissemination, “it is high time to integrate SRHR topics not just in our academic curriculum but also to our daily conversation with people in the community.”

During the closing program of the SHE Project training, Janita said she’ll go back to her village and school not just as a teacher but as a SRHR advocate.

Mark is a writer, and a visual storyteller. His work focuses on social injustices, human rights, environment, faith and religiosity, indigenous people, and peace and conflict. He is a staff reporter to Catholic news agency LiCAS.news, a member of the Photojournalists’ Center of the Philippines, a student, and a rights activist. He is based in Manila, Philippines. 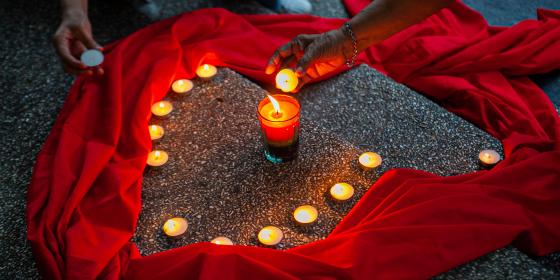 There were no mourners when they buried her. There were no flowers and there was no coffin, only a black body bag. Patricia died just exactly how she lived – abandoned. 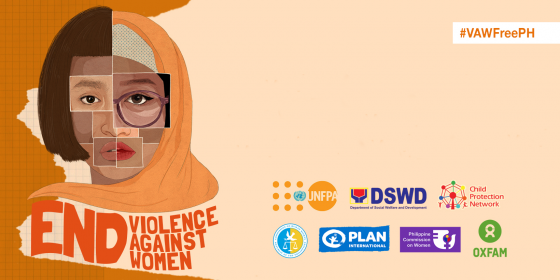 Throughout the COVID-19 pandemic, women's choices and rights to sexual and reproductive health (SRH) care have been deprioritized and ignored. 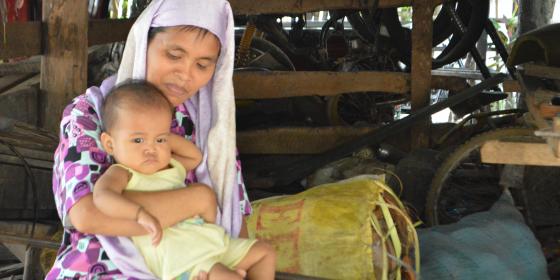