Coastal village once devastated by Yolanda, now equipped against disasters

When Super Typhoon ‘Haiyan’ (local name: Yolanda) struck the town of Lawaan in Eastern Samar in the early morning of November 8, 2013, the residents of Barangay Guinob-an were shocked not just by the sheer amount of devastation but also the realization that they had nowhere safe to go to.

Guinob-an, which faces Leyte Gulf, was one of the Lawaan villages that was heavily damaged by Haiyan. Because of its location, the village experienced flooding and storm surges.

“Our village was destroyed by Haiyan and I could not even remember where our house was after the devastation,” recalled Lani Abayan, 56, mother of two children.

During the onslaught of Haiyan, Lani’s family evacuated to a house which they thought was safe but ended up being ravaged by the supertyphoon as well.

While none of the more than 1,600 residents of that village died, many were left without shelter and livelihood as the typhoon flattened houses and hectares of coconut trees.

Oxfam and the mentioned partner organizations visited Guinob-an a few months after the typhoon and initiated a cash-for-work program for the village residents.

SHARPER is a three-year project which aims to reduce the impact and suffering caused by small-scale disasters to at-risk communities in four countries in Asia which includes the countries of Nepal, Bangladesh, Indonesia, and the Philippines.

In the Philippines, the initiatives are being carried out in Catanduanes in Bicol Region and in Eastern Samar in Eastern Visayas Region.

For one, families in Guinob-an are now aware of what to do even before a calamity like a typhoon strikes their village, she said.

A “go bag” or emergency bag is now common among the villagers who fill it with necessities in case they need to evacuate.

“This ‘go bag’ is where we put our personal belongings and important documents, medicine, and food items like canned goods, water bottles, rice and even clothing. This will help us survive for at least a few days, without needing assistance from our local government,” Lani said.

For 52-year old Restituta Benaso, she really takes time to see to it that her own “go bag” is filled with essentials.

“I need to spend to fill up my go bag of food and other items but I don’t really mind as we need it whenever we have to evacuate,” said Restituta.

She also keeps in her emergency bag personal documents like birth certificates and school records of her children.

What they learned from the training was put to test when the town was devastated by tropical storm ‘Conson’ (local name: Jolina) September 7 of this year.

“Because of the disaster preparedness training conducted by Oxfam and PDRRN, people here now know what to do, before and after a disaster,” she said.

The residents now monitor the location of the approaching typhoon through television and radio reports or announcements of local leaders. As soon as they learn that Lawaan will be directly hit, they prepare their “go bags.”

Analyn said village officials no longer wait for instructions from their municipal disaster risk reduction and management office. They are pro-active in preparing disaster response equipment like ropes, hard hats, flashlights, among others. They also preposition their relief goods so that they are ready for distribution for affected residents of Guinob-an.

“We don’t have any evacuation center here in Guinob-an but we have identified over a hundred houses made of concrete materials where people can take temporary shelters. They now know what to bring whenever they need to flee their houses,” the village official said.

Efren Hipe, PDRRN and SHARPER Project team leader for Lawaan, said that he is delighted that the villagers of Guinob-an are now trained and knowledgable on disaster preparedness.

“Before our intervention, barangay officials were not sure if what they were doing during a disaster situation were right. They often had to wait for orders from their municipal disaster risk reduction management officer before taking action,” he said.

“Now, barangay officials are confident in serving as first responders of their own community,” Efren said. This confidence has trickled down to the residents. The knowledge instilled by disaster preparedness training reduces panic and ensures orderly pre-emptive evacuation.

Analyn added, “We are really thankful to PDRRN and Oxfam for helping us with disaster management preparedness. It really helped change our attitude when it comes to dealing with disasters.”

She said that they are willing to share their knowledge on disaster management with their neighboring villages as they are now fully aware of its importance.

“Having information or knowledge on risk reduction management means we can save lives while minimizing the impact of the disaster,” she said. ###

Documentary: Together We Stand After Yolanda

How are survivors doing three years after the storm? These are their stories. 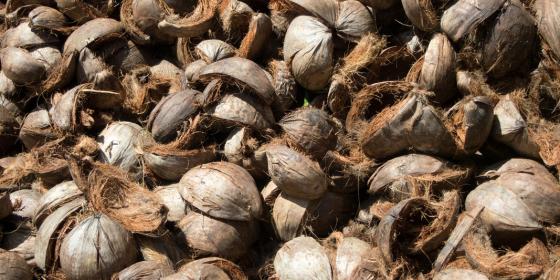