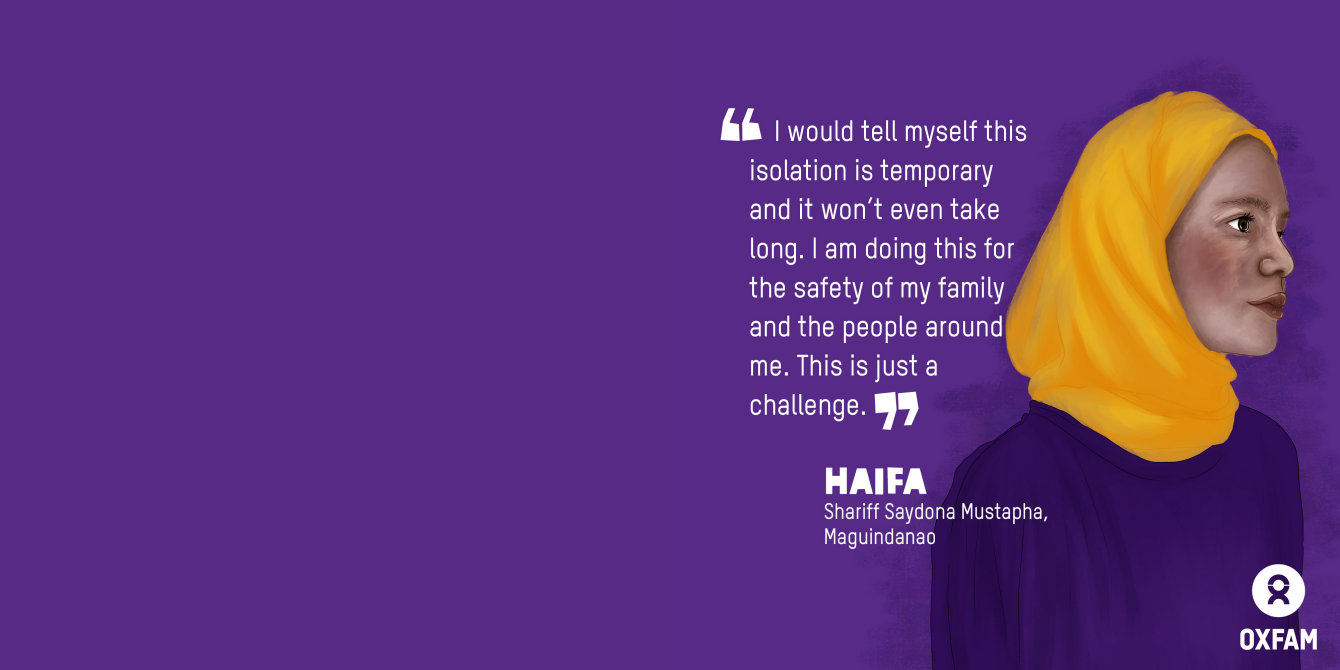 Haifa is one of the many overseas Filipino workers (OFWs) forced to go back home when the pandemic began. She had been working as a domestic helper in Oman for the past three years. Her contract had expired and the lower demand for OFW domestic helpers made her decide to go back to the Philippines, despite the uncertainties of finding another job or a means to earn an income in the province. Haifa is the breadwinner of her family living in the municipality of Shariff Saydona, Maguindanao.

Upon her arrival in Manila, Haifa went through a mandatory swab test and a 14-day quarantine in a designated hotel for OFWs. Fortunately, her swab test yielded a negative result, which prompted her to book a flight going home to her family.

When she reached Maguindanao, she went through another swab test and was ordered to have a mandatory 14-day quarantine again, but this time, at her own home.

“When I arrived, no one wanted to talk to me. I even heard someone say, ‘There’s an OFW there! Don’t go near to that house!’ I felt hurt because people were talking negatively about me and my circumstances.”

Haifa was alone in the house while her family brought her food which they put near her door. Soon, she received her test results, she was negative for the virus. She continued with the isolation and even extended it to 18 days. That time, she sorely missed being with her family since it had been a long time since she last saw them.

“I would tell myself this isolation is temporary and it won’t even take long. I am doing this for the safety of my family and the people around me. This is just a challenge.”

As a single woman and the youngest of five siblings, Haifa is expected to help provide for her family.

“When this pandemic ends, I still want to go and work overseas.”

Part of the HBBC project behavior change approach is conducting hygiene promotion through Mum’s Magic Hands of which Haifa was a participant. The actvity is included in the session ‘COVID-19 Prevention and Transmission’ which aims to teach community members critical information and ways of preventing the spread of COVID-19. 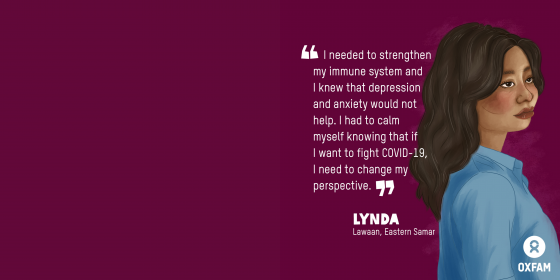 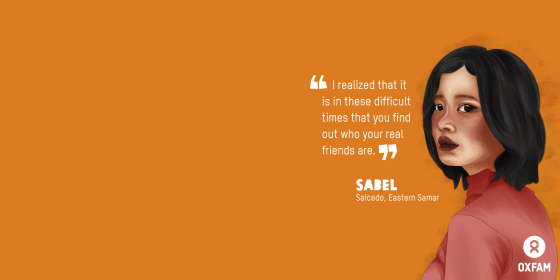 For Sabel, it was like a scene from a movie. It was around 11:00 in the evening when a police car rushed through their quiet street, waking up the neighbourhood. Suddenly, the police came down from the vehicle and rushed to their house to collect her sisters. “We felt like criminals,” she shared,... 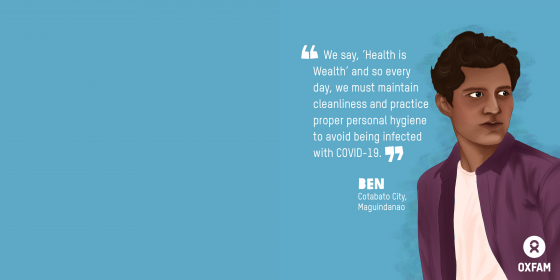 Ben, 36, is a community organizer with an NGO helping people find jobs and creating sources of income in his hometown, Cotabato City. When the pandemic began, his role shifted to mobilizing Barangays (townships) to limit the spread of the COVID-19 virus through hygiene awareness sessions that...