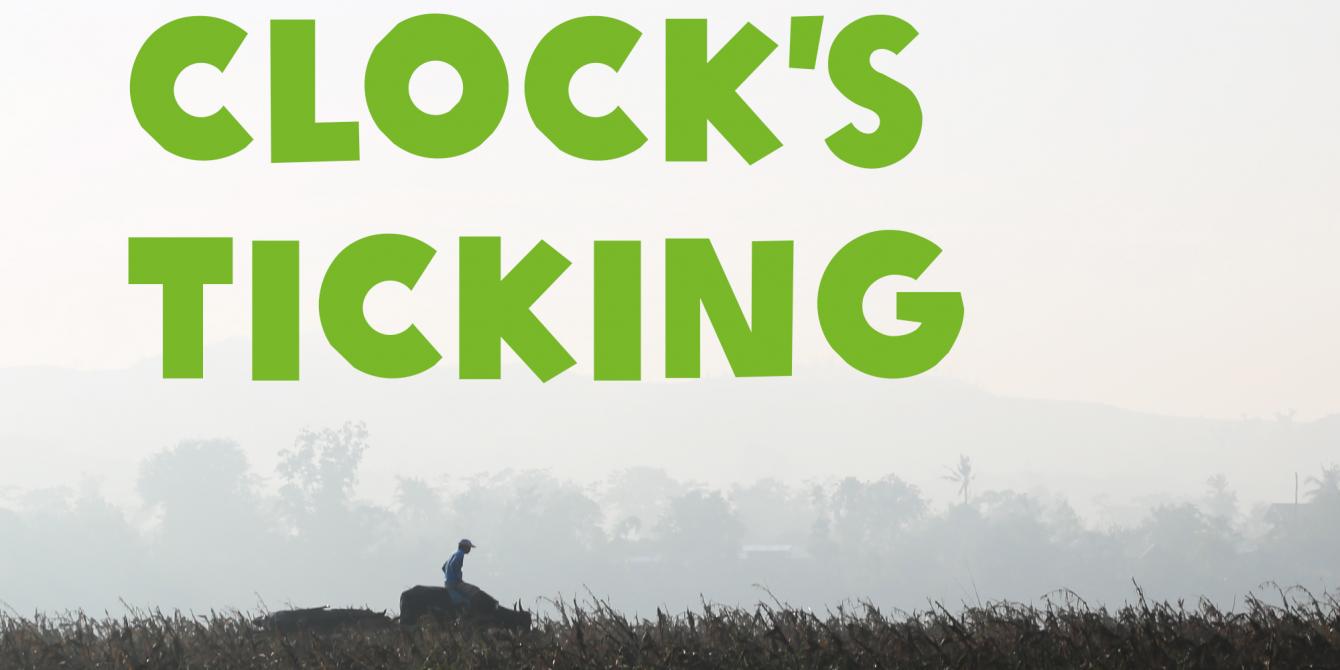 Fresh from Earth Day, here’s food for thought: our celebrations could be numbered because our planet is on the brink of irreversible collapse due to rapid and unregulated human activities. To borrow from the plot of the popular comic book movie showing in local theaters near you, joining forces to beat a global threat is critical at this juncture of history; and one need not have superpowers to make an impact.

Since the Industrial Revolution, our natural resources have depleted dramatically as we improve the way we transport goods, consume and produce energy, and urbanize spaces. We, humans, have dominated the planet, with our non-recyclable waste ending up in seas and soils and letting species of plants and animals that lived way before our earliest ancestors did vanish in thin air. No other species is to blame but us – a painful fact we have to accept. Not to mention the big companies in developed countries responsible for nearly two-thirds of greenhouse gas emissions in the atmosphere.

Yet we have the power to mitigate the impacts of climate change. Collective action, such as rapid global shift to clean energy, is key. Government actions will have to be ambitious to catch up with rising climate threats. Obsessing with greening our personal choices and changing our individual lifestyles are not enough.

The world is currently halfway towards the threshold that could mark an unsafe climate change. This finding was reinforced by a recent special report by a group of global climate science experts saying that the 2°C target is a critical limit for climate policy, and is not a responsible target. Even 1.5°C of warming would have devastating effects on health, livelihoods, food security, water supply, human security, and economic growth.

But the “degree target” challenge should not justify inaction. Developed countries remain responsible for the bulk of historical emissions, and therefore must take lead in implementing ambitious mitigation actions and ensuring that $100 billion jointly mobilized every year by 2020 is made more accessible to developing countries.

Flirting between 1.5°C and 2°C is a huge decision to make. Any decision should likewise consider that women and girls bear the brunt of climate change more aggressively.

In the Philippines, we are still focused on disaster preparedness and response rather than addressing poverty, income inequality, and overexploited natural resources. In many instances, large-scale mining and land use change have modified ecosystems that naturally protect communities from potential climate-induced hazards. This places farming and poor communities at the periphery of land use and development policies, robbing them the right amount of resources to thrive.

Despite the call for a paradigm shift from disaster response to holistic risk reduction under the Philippine Disaster Risk Reduction and Management (DRRM) Act, our current approaches remain largely reactive and dependent on stopgap infrastructure measures which have left more environmental and social harm than good.

Should natural resources endure overexploitation for economic ‘growth’? No. Fetishizing economic growth by hinging our progress on traditional measures of ‘growth’ is dangerous. GDP, for instance, is a misleading measure of national progress and could eventually lead us askew to an irreversible ecological collapse.

Alternative ways to measure ‘growth’ should treat the economic system beyond wealth, and pursue metrics that capture environmental and social costs. It's high time we shift to alternative economies that value our environment and well-being rather costs of what we produce and consume.

So, is it already ‘endgame’ for planet earth? I hope not. We need a planet that sustains life for everyone, and not one that grows only for a few.

Luigi Toda is the Climate Change Adaptation and Risk Reduction Advisor of Oxfam in the Philippines. A recipient of Australia Awards Scholarship, he earned his Master of Environmental Management and Development degree from the Australian National University (ANU).