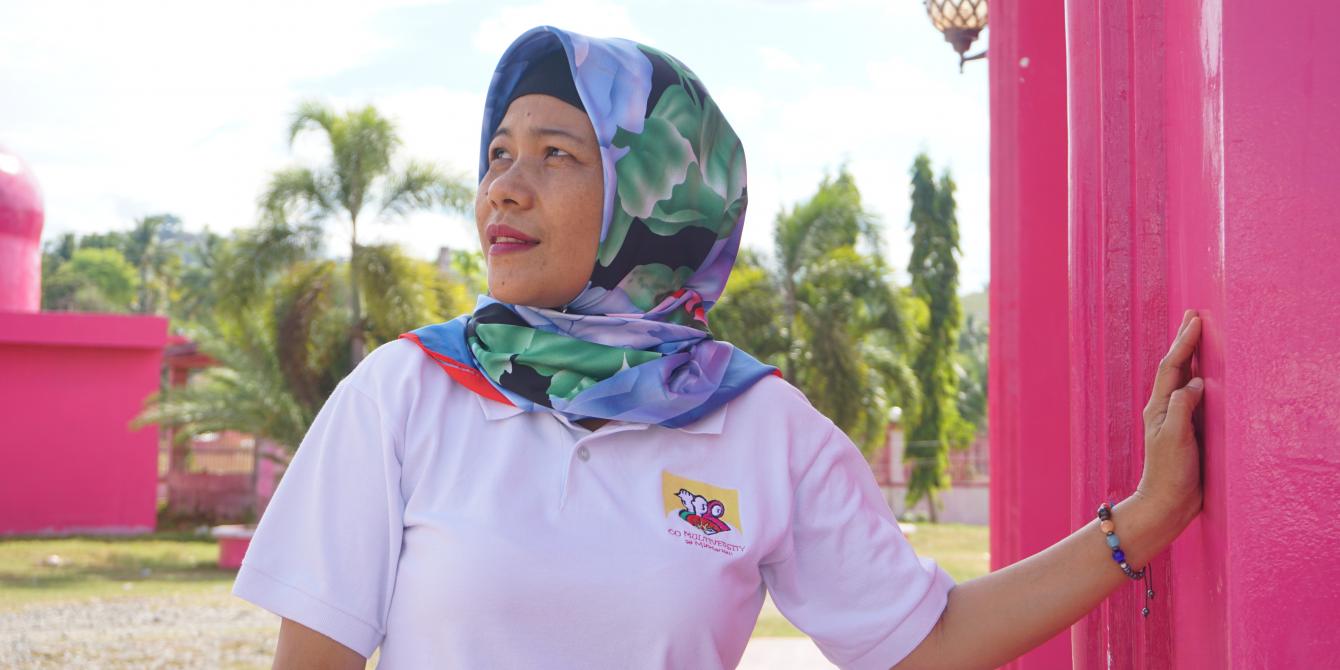 Mobilizing communities to claim their rights in a humanitarian crisis is not easy. It becomes even more difficult in the context of armed conflict. But nothing is going to stop humanitarian workers like Elizabeth Gallardo from getting work done.

From the very start, Elizabeth knew her heart is made for humanitarian work. This is why she pursued a degree in social work despite her father’s disapproval. He wanted her to take up forestry in college. But Elizabeth’s desire to work with communities, where help is needed most, proved stronger than family expectations. Eventually, she was able to convince her father to support her decision.

After graduation, Elizabeth got her first assignment as a community organizer under the local non-government organization Community Organizers’ Multiversity in 2000. For six months, she lived in the mountains of Sultan Kudarat and worked as a community organizer for a peace and development project funded by the United Nations Development Programme.

“During that time, I was not yet aware the community was affected by armed conflict. That is why, I was not scared to live there despite the security risks in the area,” she said.

Elizabeth experienced dealing with people from various walks of life. She recalled instances when she had to present the principles and theories of community organizing to various militant leaders involved in the peace process.

“That was my major challenge—how to overcome my culture of silence. Because of my work as a community organizer, I eventually got used to speaking up,” she said.

Through her role, Elizabeth was able to help the communities access services from the government such as water, electricity, and livelihoods. Her most unforgettable humanitarian response is the all-out-war that happened in Mindanao in 2000, where she saw hope beyond the harsh realities of war.

“That was the first time I saw how our community organizing interventions helped restore the trust and dignity of people. By journeying together with them, I came to understand their struggles and issues better, and at the same time became an inspiration for them to move forward,” she said.

Since then, Elizabeth embraced wholeheartedly community organizing in the context of various emergencies—from the armed conflict in Mindanao to Typhoon Haiyan in the Visayas. For 19 years, she never left Community Organizers Multiversity, which honed her skills in community organizing and humanitarian response.

Elizabeth is currently responding with Oxfam in providing aid to those displaced by the armed conflict in Maguindanao.