While their husbands are out fishing, nine women in the island community of Sitio Linao gather regularly to discuss their business enterprise. 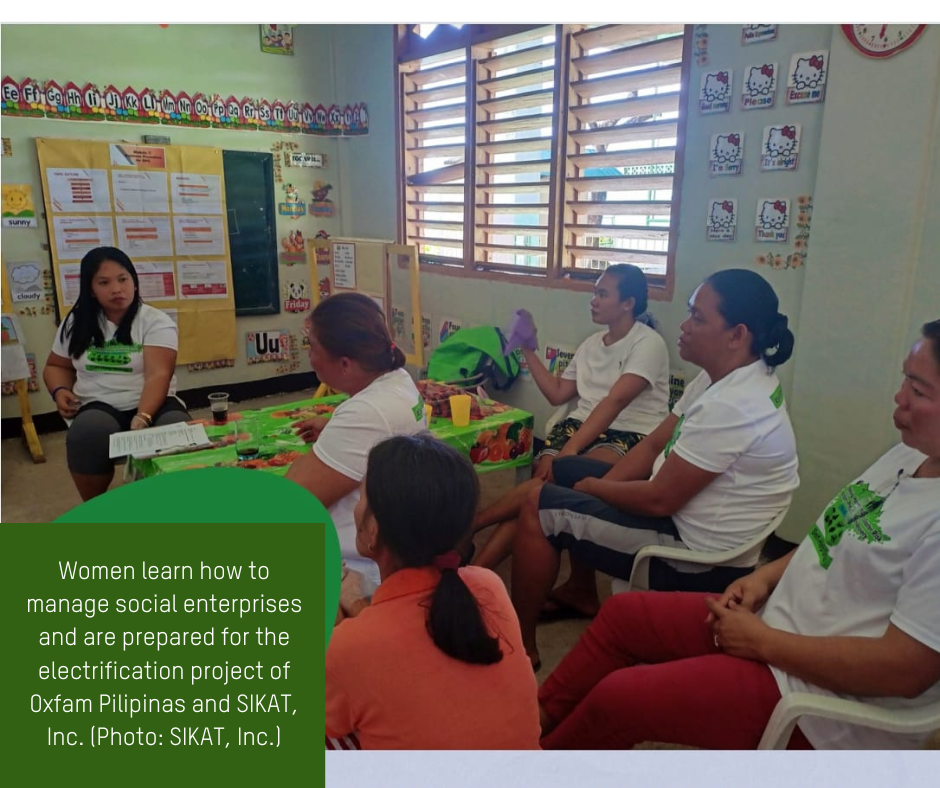 The women have been saving Php 50 weekly, which they used to start a hog-raising business.

Shirley Voces, one of the members of the Linao Self Help Group (SHeG) said, “our husbands did not know that we have this growing fund.” Their husbands thought that the organization was only for training and socialization. They were surprised that through the SHeG, they were able to find another source of income for the family.

A mother of two, Shirley said that her husband’s income from fishing is no longer enough to cover the growing needs of their family. There has been a decline in fish catch in recent years. The spike in gasoline prices also affected their potential income. Shirley said the group’s new business venture would help augment the needs of her family.

Her husband’s income from fishing used to be enough for the family's needs but it has become unreliable with the dwindling catch and the spike in gasoline prices.

“Aside from earning profit to help the women’s families, SHeG members can get loans from the SHeG savings with minimal interest,” Voces said.

The SHeG is organized by Oxfam Pilipinas and its partner Sentro para sa Ikauunlad ng Katutubong Agham at Teknolohiya (SIKAT) Inc. in the island community of Linao, in Dolores, Eastern Samar. They have no fixed facilitator, allowing each member to experience standing in a leadership role.

The SHeG aims to capacitate and empower women through community social enterprises.

The women were not only trained to manage their small business. They also had financial literacy trainings, which taught them the importance of saving funds for emergencies. They also have a mechanism for the SHeG members to borrow loans at a small interest, which prevents them from resorting to illegal money lenders.

Through the SHeG trainings, the women members are also taught of the importance of sharing care work at home with their partners. With their husbands doing chores at home, the members are consistently present in SHeG meetings and can participate in discussions of economic plans. 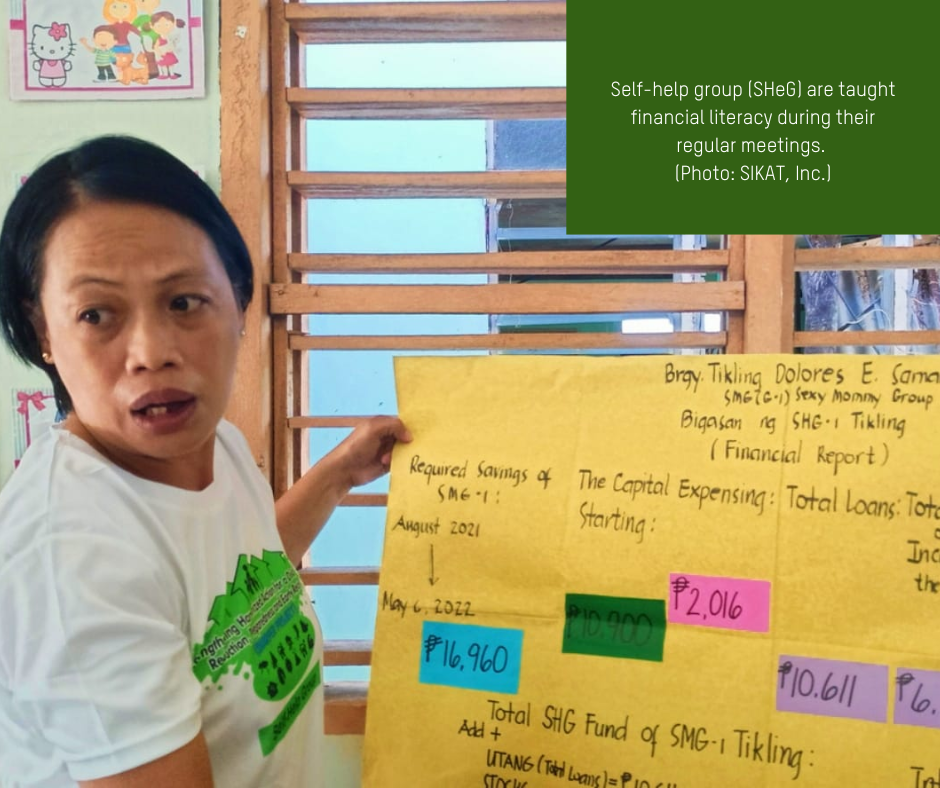 The Philippine government has signed international conventions and accords recognizing access to electricity as a basic human right. But in Sitio Linao, it is a privilege enjoyed only by a few.

Sitio Linao is part of Barangay Tikling, one of the two island villages of Dolores, Eastern Samar.  They protect the mainland from strong winds from the Pacific Ocean, especially during typhoons.

While it is part of Tikling in the village-level governance, Linao is a separate island. It takes a 10-minute ride on a motorized fishing boat to reach Linao from the Tikling village center.

“Access to electricity is one of the biggest problems in Linao,” Voces said.

Tikling and Hilabaan have two to eight hours of electricity access a day. They are powered by diesel-run generators from the Small Power Utilities Group (SPUG) of the Department of Energy (DOE) and National Power Corporation (NAPOCOR). Meanwhile, Sitio Linao residents use batteries to power household lights. Others use small solar panels with tiny LED lights, and only a few have a generator set.

Voces said their household uses a rechargeable battery to power their light bulbs at night. Her husband's parents, who live next to their house, have a generator set. But this is rarely used now due to the high prices of gasoline.

"It is expensive, that is why many choose to continue using kerosene lamp. For only Php 10, you can buy kerosene that is good for one night,” she said.

Voces said the plan of SIKAT to extend its Just Energy Transition (JET) project in Linao is a big help to the residents, especially to mothers who carry most of the burden of unpaid care and domestic work.

“Mothers are burdened because they need to finish the household chores during the day. But if there is electricity at night, they will be able to do some of the tasks in the evening,” she said.

The project established a community-based solar-powered microgrid system that showcases a sustainable power source in an off-grid community like Sitio Linao.

The renewable energy (RE) microgrid system not only lessens the community’s dependence on diesel-powered generators, which contribute to climate change. It will also enhance the community's preparedness against disaster, create economic opportunities for women, and lessen women’s unpaid care work burden.

SHeG members of Sitio Linao will manage the RE system. They will take charge of the day-to-day operation and maintenance of the facility and the possible expansion of the project.

Voces said the project would address the pressing problem of the residents’ access to electricity and provide relief to households who bring their batteries to the town center for charging.