In 2008, massive flooding in Cotabato City forced thousands of residents, including the then pregnant Asmina Salik and her family, to spend almost a month in an evacuation center.

At that time, the Rio Grande de Mindanao, the longest river in Mindanao and the second largest river system in the Philippines, swelled due to heavy rains induced by Typhoon Marce. The situation was worsened by the buildup of water hyacinths near the river’s outlet, which blocked the flow of water emptying to the Moro Gulf. 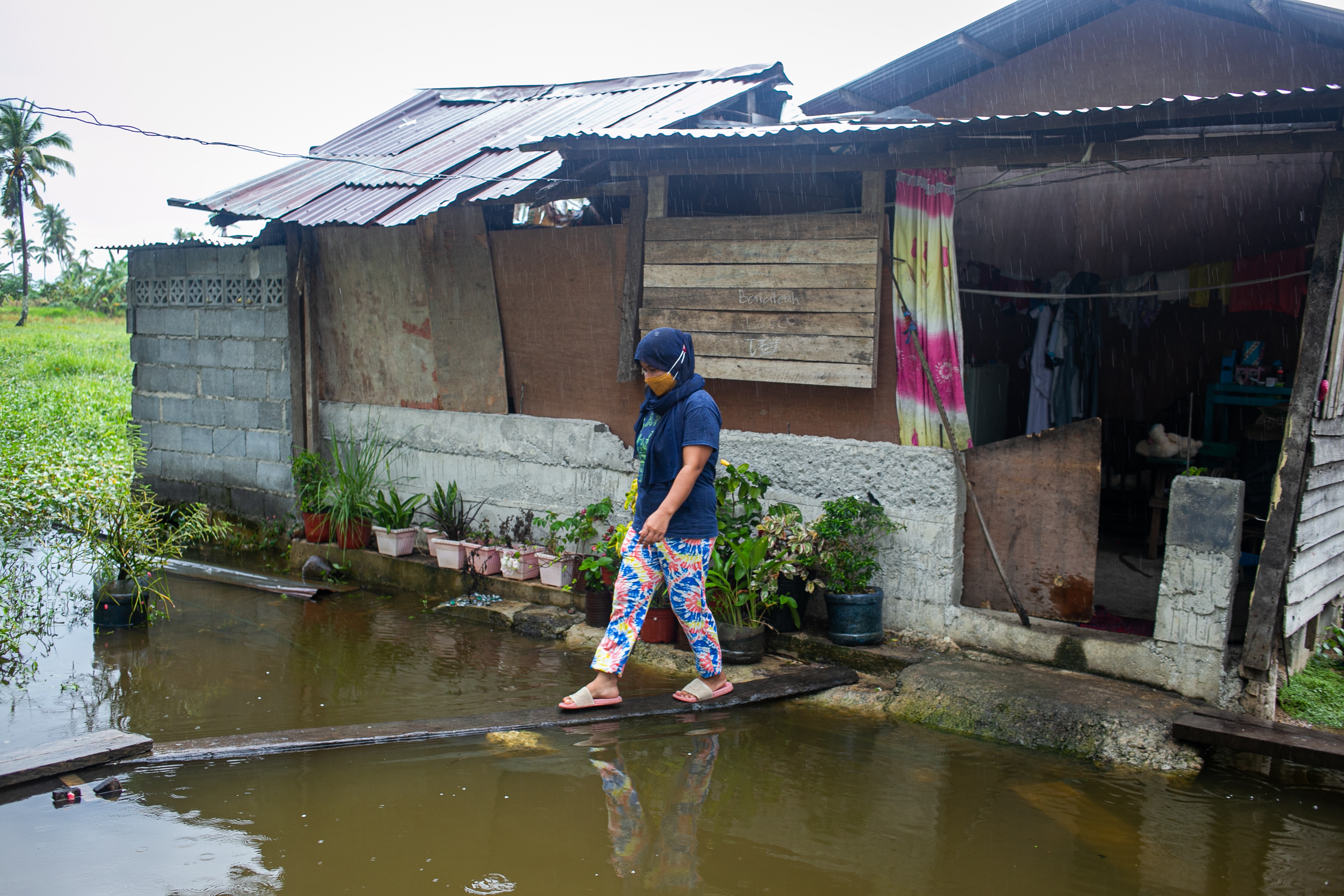 Asmina Salik walks on a makeshift bridge outside their home in Barangay Tamontaka 3 in Cotabato City. She and her family live near the Tamontaka River whose waters rise submerging most of the homes in their area. She is one of the recipients of cash assistance from the Strengthening Urban Preparedness through Pre-emptive Action (SUPPA) project in Mindanao. (Photo: Manman Dejeto/Oxfam Pilipinas)

Because of this, Asmina’s community could only be accessed by pump boats or banca (canoe).

At the evacuation center, Asmina suffered from birth pains and was forced to go back home despite the flooding to give birth to her third child.

As far as Asmina could remember, Barangay Tamontaka 3 has long experienced flooding. This is why many houses in their village have been designed to avoid the flood waters. If not built on stilts, the houses have an elevated room where important items are kept. And for those with family members working abroad and thus have more income, they have two-story houses constructed.

Because her family is among the perennial flood victims belonging to the vulnerable sector, Asmina was chosen as a beneficiary of the Strengthening Urban Preparedness through Pre-emptive Action (SUPPA) project in Mindanao.

“The SUPPA project allows us to prepare for our needs during a potential flood,” said Asmina, a mother of six and now the lone family breadwinner after her husband stopped working due to health reasons.

Asmina explained that the cash assistance from SUPPA would be given five days before a calamity was expected to strike.

“It helps my family avoid incurring debt for our basic needs like food,” she said.

SUPPA combines innovative approaches through the use of impact-based and risk forecasting models that will enable anticipatory assistance, including pre-disaster cash transfers via a Sharia-compliant digital financial platform

Anwar Kadatuan, a volunteer worker for Barangay Tamontaka 3, said the SUPPA project has been helping around 300 poor families in their village prepare for the impact of disaster caused by flooding.

While flooding is nothing new to the villagers, Anwar said it still brings fear to them, especially at night time.

“Kung wala nakabantay, baka magising na lang na lutang na ang mga gamit (If no one is monitoring, they might wake up with their belongings already floating),” he said.

That’s why it is important for the residents to follow the warning signal, to immediately evacuate if the signal warning says so, Anwar said.

Project participants have the freedom to choose how to best prepare using their cash assistance, which is released or triggered when there is a report of a looming flood.

Asmina praised SUPPA as a “unique” initiative in Mindanao as relief assistance is normally given to flood victims after disasters have already wrought havoc on communities.

During the last incidence of flooding, project participants in Barangay Tamontaka 3 received P2,060 through their Paymaya account. This was the fourth time the residents received assistance. The partnership with Paymaya not only makes cash distribution more efficient, it also gave residents financial account access and taught them about personal finance.

“I immediately withdrew the P2,000 and bought some medicines, rice, noodles, canned sardines and laundry soap, among others,” she said.

Through the SUPPA project, thousands of residents in Mindanao are able to prepare for flooding, secure their property and avoid debt, which often cause people to sink further deeper into poverty. 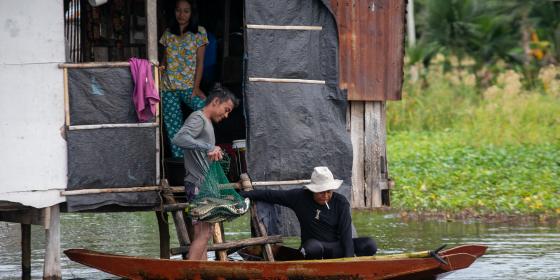 Hundreds of poor families from several flood-prone villages in Cotabato City now have access to high-tech financial services that are compliant with the Sharia Islamic tradition. These project participants of the Strengthening Urban Preparedness through Pre-emptive Action (SUPPA) have previously... 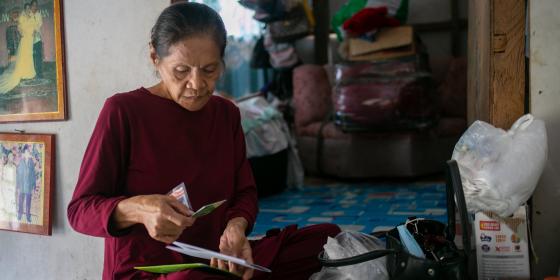